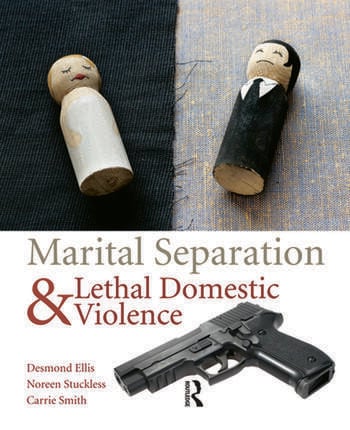 Desmond Ellis is Professor Emeritus of Sociology at York University and senior scholar based in the LaMarsh Centre for Child and Youth Research, a center he created in 1981. Since 1993 he has published books, journal articles, and research reports on the effects of participation in adversarial and collaborative separation/divorce proceedings on sublethal and lethal domestic violence. After a stint as a regular soldier in the Royal Artillery in England, he received a BA in Sociology and a Diploma in Education (Dip.Ed) from Leicester University in England, an MA in Sociology from McMaster University in Canada, and a PhD from Washington University in St. Louis in the U.S. Ellis established the Certificate in Dispute Resolution at York University-a leading program for more than 20 years. Currently he is the principal investigator of a study of family-honor-related violence against women.

Noreen Stuckless is a contract faculty member at York University, Assistant Professor in the Department of Psychiatry, University of Toronto, and a member of the Associate Scientific Staff at Mt. Sinai Hospital. She teaches psychology of women and gender-related courses at York University and the University of Toronto. She has coauthored publications involving gender role socialization, domestic violence, gender-related immigrant experiences, and the scale development of measures including those on attitudes toward revenge, functional bowel disorders, and the psychological effects of diagnoses of genetic mutations. Her current research is on inter-partner violence and, in particular, how the victims are affected by the violence.

Carrie Smith is a doctoral candidate in Psychology at York University, specializing in Quantitative Methods. She received her MA in Psychology at York, and BASc in Engineering at the University of Toronto. Her research interests include data visualization and developing robust methods of statistical analysis appropriate for behavioral science data.