Marxism Goes to the Movies 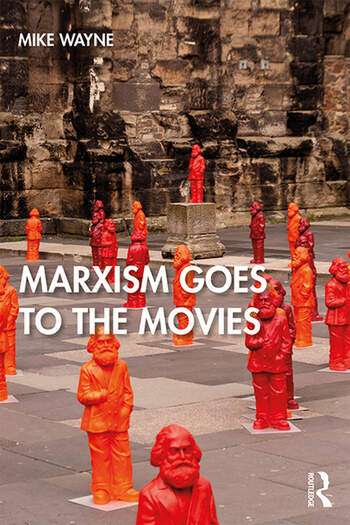 Marxism Goes to the Movies

Introducing the key concepts and thinkers within the Marxist tradition, Marxism Goes to the Movies demonstrates their relevance to film theory and practice past and present.

Author Mike Wayne argues that Marxist filmmaking has engaged with and transformed this popular medium, developing its potential for stimulating revolutionary consciousness. As the crisis of capitalism deepens, this history and these resources are vital for a better future. Marxism is one of the few approaches that can bring together political, economic, formal and cultural analysis into a unified approach of studying film, and how films in turn can help us understand and even critically interrogate these forces. The book examines how filmmakers, who have been influenced by Marxism, have made some of the most significant contributions to film culture globally, and provides historical perspective on the development of Marxism and film. Each chapter covers a broad theme that is broken down into sections that are cross-referenced throughout, providing helpful navigation of the material.

Clear and concise in its arguments, this is an ideal introduction for students of Marxism and film, inviting readers to deepen their knowledge and understanding of the subject.

'Marxism Goes to the Movies serves as an invaluable resource that persuasively argues how film studies must substantively engage with areas of political economy and cultural studies in order to remain politically relevant. Mike Wayne reveals how the politics of form emerge from wider cultural practices and distinct historical moments.  Especially valuable, the book uses specific films and concrete examples related to filmmaking and various media industries to translate Marxist concepts to film and media studies students of all levels. Due to its wide-ranging focus on film production, distribution, exhibition, and reception, Marxism Goes to the Movies will serve as a core text in many film history and theory courses that want to relate the central ways in which film structures our relationship to the world and serves as a primary terrain where social change happens.'

'Very simply, the best single volume introduction to Marxism and film. Undogmatic, critical and nuanced, it leads the reader through the evolving ideas and practices necessary to make sense of the films that surround us, the industry that produces and sells them, and the audiences that enjoy or endure them.'

Mark Bould, University of the West of England

'Mike Wayne’s book is a masterful synthesis not only of film theory over the century and a quarter of its existence but of aesthetic theory, as well as being acutely aware of the overlap between the two and political economy. The thesis of Marxism Goes to the Movies, which he argues forcefully, is that the precepts of Marx and the Marxist tradition is the explanatory vehicle that best allows us to understand and grasp the formal and social contradictions that undergird the cinema. The book’s breadth of individual films and film movements is wide, encompassing British realism, Latin American anti-imperialist films and Marvel’s Captain America. In this time of raging inequality, of zero-interest rates and climate devastation and plunder, Wayne’s call to materialist analysis and action could not be more relevant.'

Dennis Broe, Birth of the Binge: Serial TV and The End of Leisure

'In his relatively short book Mike Wayne manages to cover the many different facets of the relationship between Marxism and film, including film production, distribution, aesthetic form and questions of realism, drawing on and adding to the work of a number of historical figures, such as Raymond Williams and Gramsci. Marxism Goes to the Movies is an indispensable source for anybody who is not only interested in Marxism and film, but also in the way ideology affects and is conveyed by film.'