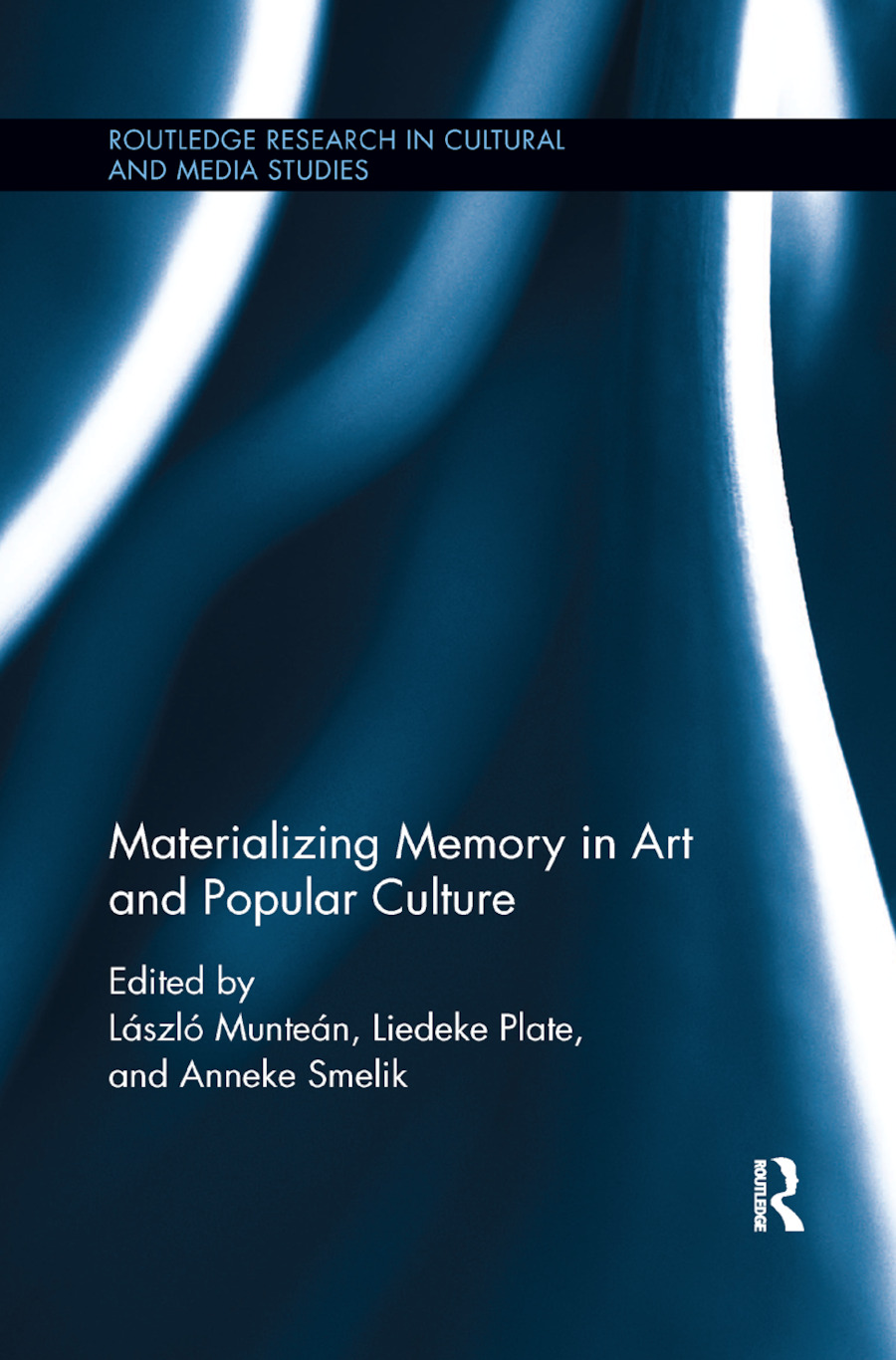 Memory matters. It matters because memory brings the past into the present, and opens it up to the future. But it also matters literally, because memory is mediated materially. Materiality is the stuff of memory. Meaningful objects that we love (or hate) function not only as aide-mémoire but are integral to memory. Drawing on previous scholarship on the interrelation of memory and materiality, this book applies recent theories of new materialism to explore the material dimension of memory in art and popular culture. The book’s underlying premise is twofold: on the one hand, memory is performed, mediated, and stored through the material world that surrounds us; on the other hand, inanimate objects and things also have agency on their own, which affects practices of memory, as well as forgetting.

Chapter 1 of this book is freely available as a downloadable Open Access PDF under a Creative Commons Attribution-Non Commercial-No Derivatives 3.0 license. https://s3-us-west-2.amazonaws.com/tandfbis/rt-files/docs/Open+Access+Chapters/9781138203235_oachapter1.pdf

Chapter 4 of this book is freely available as a downloadable Open Access PDF under a Creative Commons Attribution-Non Commercial-No Derivatives 3.0 license. https://s3-us-west-2.amazonaws.com/tandfbis/rt-files/docs/Open+Access+Chapters/9781138203235_oachapter4.pdf

Chapter 5 of this book is freely available as a downloadable Open Access PDF under a Creative Commons Attribution-Non Commercial-No Derivatives 3.0 license. https://s3-us-west-2.amazonaws.com/tandfbis/rt-files/docs/Open+Access+Chapters/9781138203235_oachapter5.pdf

A poem by Susan Stewart

1. Things to Remember: Introduction to Materializing Memory in Art and Popular Culture

3. Souvenirs and Memory Manipulation in the Roman Empire: The Glass Flasks of Ancient Pozzuoli

4. How Memory Comes to Matter: From Social Media to the Internet of Things

7. Archives of Affect: Performance, Reenactment, and the Becoming of Memory

9. The Staging of Memory in Los Rubios by Albertina Carri

10.Chilling Burlesque: The Act of Killing

11. Modeling the Memories of Others: David Levinthal’s I.E.D. War in Afghanistan and Iraq

László Munteán is Assistant Professor of Cultural Studies and American Studies at Radboud University Nijmegen, the Netherlands. His publications have focused on cultural memory in literature and the visual arts, culture, heritage, and photography. He is leader of the research group 'Memory, Materiality, and Meaning in the Age of Transnationalism'.

is Associate Professor Gender Studies and Literary and Cultural Studies at Radboud University Nijmegen, the Netherlands. Her research focuses on literature, gender and cultural memory. She is the author of Transforming Memories in Contemporary Women’s Rewriting (2011), and co-editor of, among other, Technologies of Memory in the Arts (2009), Performing Memory in Art and Popular Culture (Routledge, 2013).

Anneke Smelik is Katrien van Munster Professor of Visual Culture at Radboud University Nijmegen, the Netherlands. She has published widely in the field of fashion, cinema, popular culture and cultural memory.Her latest books are Thinking Through Fashion: A Guide to Key Theorists (2016) and Delft Blue to Denim Blue: Contemporary Dutch Fashion (2017).