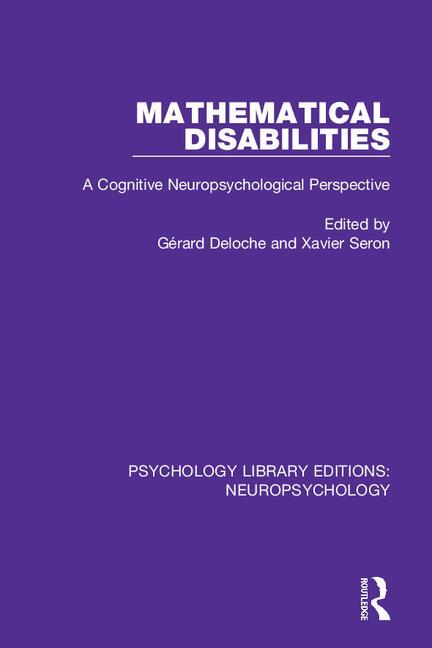 Originally published in 1987, interest in mathematical cognition was not new in psychology. However, it was rediscovered in the 1970s under the influential work of the Genevan School. In particular, Piaget’s work on conservation, including conservation of number, profoundly influenced developmental psychologists who, working first in the Piagetian theoretical framework, began to discover a broader set of topics in mathematical cognition. In developmental psychology, the field continued to expand and covered a wide range of topics.

Neuropsychology is the study of the relationship between behaviour, emotion, and cognition on the one hand, and brain function on the other. Psychology Library Editions: Neuropsychology (12 Volume set) presents titles, originally published between 1981 and 1993, covering a variety of areas within neuropsychology, a relatively new discipline at the time, as it firmly established itself within the field of psychology. It includes contributions from well-respected academics, many still active in neuropsychology today.