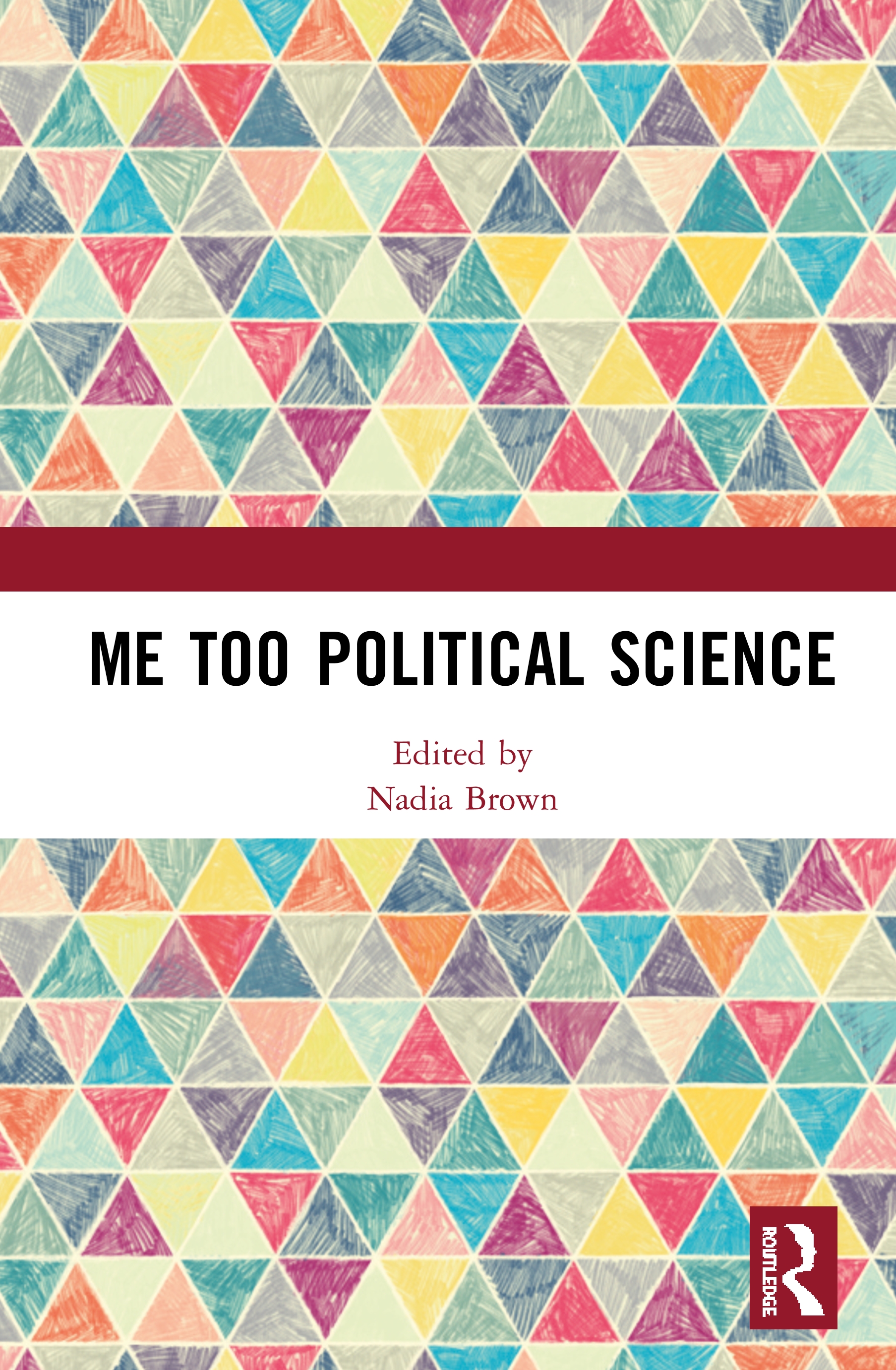 Me Too Political Science

Started by Tarana Burke in 2007 to stand with young women of color who survived sexual assault, the MeToo campaign was intended to let women know that they were not alone. In turn, the Women’s Caucus for Political Science used #MeTooPoliSci to bring awareness to sexual harassment, assault and misconduct in the discipline. The essays in this book and the authors’ scholarly activism, harnessed a collective power to dispel the shame, embarrassment and secrecy that surrounds these issues. They focus in particular on bullying, entitled and toxic forms of masculinity; systematic discounting of and dismissiveness and derision toward work on gender and sexuality; biases and inequities associated with hiring, teaching evaluations, service loads, and tenure and promotion; and related and often intersecting forms of harassment but not only those related to race and sexuality. The essays in this volume stem for the 2018 pre-conference held by the Women’s Caucus for Political Science at the American Political Science Association’s annual meeting.

Me Too Political Science

is of great importance not only to scholars interested in Gender and Women’s Studies, but all those working in the Political Science discipline – and even beyond, to academia as a whole. The chapters were originally published as a special issue of the Journal of Women, Politics and Policy.

1. Me Too Political Science: An Introduction

2. What’s Wrong with Us? Sexual Misconduct and the Discipline of Political Science

3. Sexual Harassment Trajectories: Limits of (Current) Law and of the Administrative State

4. Law, Policy, and Sexual Abuse in the #MeToo Movement: USA Gymnastics and the Agency of Minor Athletes

5. Sexual Coercion, Gender Construction, and Responsibility for Freedom: A Beauvoirian Account of Me Too

9. Why I Do Activist Work within the Discipline

14. Understanding the Personal Impact of Sexual Violence and Assault

15. #MeToo from a Department Head Perspective

16. The National Conference of Black Political Scientists (NCOBPS): Organizational Empowerment Through Signaling and Valuing Women and Diversity During #MeToo

17. Breaking Out of the Ivory Tower: (Re)Thinking Inclusion of Women and Scholars of Color in the Academy

Valerie A. Sulfaro and Rebecca Gill