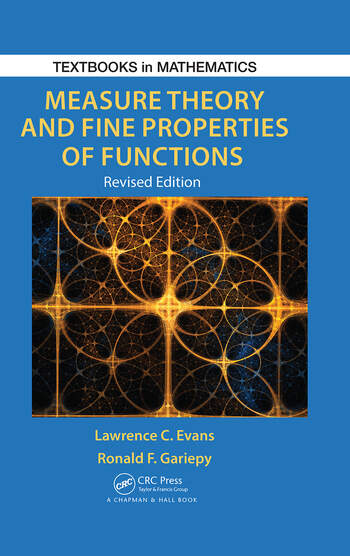 Measure Theory and Fine Properties of Functions, Revised Edition provides a detailed examination of the central assertions of measure theory in n-dimensional Euclidean space. The book emphasizes the roles of Hausdorff measure and capacity in characterizing the fine properties of sets and functions.

Topics covered include a quick review of abstract measure theory, theorems and differentiation in ℝn, Hausdorff measures, area and coarea formulas for Lipschitz mappings and related change-of-variable formulas, and Sobolev functions as well as functions of bounded variation.

The text provides complete proofs of many key results omitted from other books, including Besicovitch's covering theorem, Rademacher's theorem (on the differentiability a.e. of Lipschitz functions), area and coarea formulas, the precise structure of Sobolev and BV functions, the precise structure of sets of finite perimeter, and Aleksandrov's theorem (on the twice differentiability a.e. of convex functions).

This revised edition includes countless improvements in notation, format, and clarity of exposition. Also new are several sections describing the π-λ theorem, weak compactness criteria in L1, and Young measure methods for weak convergence. In addition, the bibliography has been updated.

Topics are carefully selected and the proofs are succinct, but complete. This book provides ideal reading for mathematicians and graduate students in pure and applied mathematics.

"This is a new revised edition of a very successful book dealing with measure theory in Rn and some special properties of functions, usually omitted from books dealing with abstract measure theory, but which a working mathematician analyst must know. … The book is clearly written with complete proofs, including all technicalities. … The new edition benefits from LaTeX retyping, yielding better cross-references, as well as numerous improvements in notation, format, and clarity of exposition. The bibliography has been updated and several new sections were added … this welcome, updated, and revised edition of a very popular book will continue to be of great interest for the community of mathematicians interested in mathematical analysis in Rn."
—Studia Universitatis Babes-Bolyai Mathematica, 60, 2015 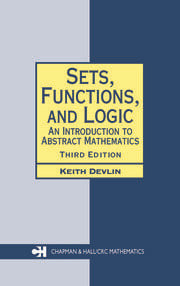