Developed by the late metallurgy professor and master experimentalist Hubert I. Aaronson, this collection of lecture notes details the fundamental principles of phase transformations in metals and alloys upon which steel and other metals industries are based.

Mechanisms of Diffusional Phase Transformations in Metals and Alloys is devoted to solid-solid phase transformations in which elementary atomic processes are diffusional jumps, and these processes occur in a series of so-called nucleation and growth through interface migration. Instead of relying strictly on a pedagogical approach, it documents the evolution of phase transformation concepts. The authors present topics by describing a phenomenon and then following up with a corresponding hypothesis or alternative explanation. In this way, the book also shows how the field continues to evolve and meet new challenges.

Integrated with information from a number of key papers and review articles, this volume reflects this revered and influential instructor’s unique and passionate way of introducing well-established theories and knowledge in a systematic way, at the same time introducing, in great detail, how a new idea or interpretation of a phenomenon has emerged, evolved, and gained its current status. If the published version of a theory or a model was too condensed, Aaronson worked the problem out in painstaking detail so that graduate students could follow the derivations. This collection is full of such unique "Aaronsonian idiosyncrasies," which add immense value as a powerful tool for learning in this challenging materials field.

Jong K. Lee received his BS from Seoul National University, Seoul, South Korea; his MS from the University of Washington, Seattle; and his Ph.D. from Stanford University, California. He taught at Michigan Technological University, Houghton, for over three decades. He is a fellow of ASM International, and a foreign member of both the Korean Academy of Science and Technology and the National Academy of Engineering of Korea. He continues his research activities as a professor emeritus and research professor at the Department of Materials Science and Engineering, Michigan Technological University. 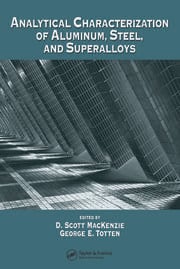