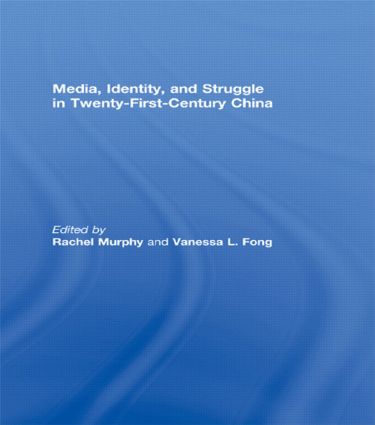 How are different groups of people such as sex workers, migrant workers, rural cadres and homosexuals represented in China’s media? How accurately do representations created by the media reflect the lived experiences of Chinese people? Do Chinese people accept the representations and messages disseminated by the media? Can they use the media to portray their own interests? How are media practices in China changing? Have new technologies and increased access to international media opened up new spaces for struggle in China?

The essays in this volume address these questions by using a combination of ethnography and textual analysis and by exploring representation in and usage of a range of media including instant messaging, the internet, television, films, magazines and newspapers. The essays highlight highlights the richness, diversity, and sometimes contradictory tendencies of the meanings and consequences of media representations in China. The volume cautions against approaches that take the representations created by the media in China at face value and against oversimplified assumptions about the motivations and agency of players in the complex struggles that occur between the media, the Chinese state, and Chinese citizens.

2 Migrant Workers in the Pearl River Delta: Discourse and Narratives about Work as Sites of Struggle Eric Florence

3 The Paradox of the State-Run Media Promoting Poor Governance in China: Case Studies of a Party Newspaper and an Anticorruption Film Rachel Murphy

5 The Internet and the Fragmentation of Chinese Society Jens Damm

Rachel Murphy is Senior Lecturer in East Asian Studies at the University of Bristol. She received her PhD in Sociology from the University of Cambridge in 1999. She is author of How Migrant Labor is Changing Rural China and co-editor of Chinese Citizenship: Views from the Margins. Her articles have appeared in China Quarterly, Population and Development Review and the Journal of Peasant Studies.

Vanessa L. Fong is an assistant professor at Harvard University Graduate School of Education. She is the author of Only Hope: Coming of Age under China's One-Child Policy, which won the Francis Hsu Prize in Asian Studies, and co-editor of Chinese Citizenship: Views from the Margins and Women in Republican China. She received her PhD in anthropology from Harvard University in 2002.