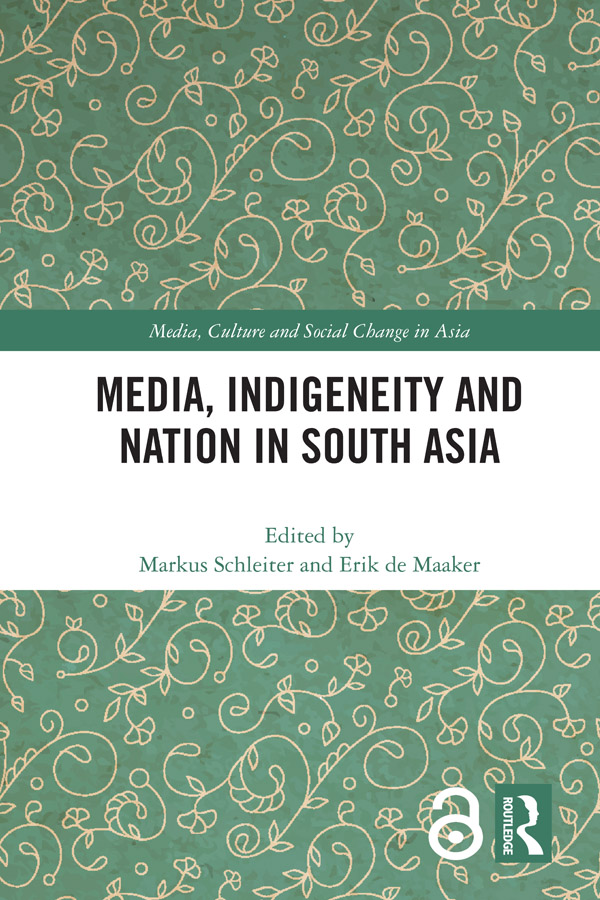 How do videos, movies and documentaries dedicated to indigenous communities transform the media landscape of South Asia? Based on extensive original research, this book examines how in South Asia popular music videos, activist political clips, movies and documentaries about, by and for indigenous communities take on radically new significances. Media, Indigeneity and Nation in South Asia shows how in the portrayal of indigenous groups by both ‘insiders’ and ‘outsiders’ imaginations of indigeneity and nation become increasingly interlinked. Indigenous groups, typically marginal to the nation, are at the same time part of mainstream polities and cultures. Drawing on perspectives from media studies and visual anthropology, this book compares and contrasts the situation in South Asia with indigeneity globally.

3 ‘Manbhum’ videos and their many contours: contexts, contents, and the comic mode as a subversive form

4 Films, flirts, and no dances: a village video night and the circulation of popular Santali VCDs among Birhor people in India

5 The diffused substance of Bhojpuri indigeneity

8 From clanships to cyber communities: India’s Northeast in the digital age

9 Projecting and rejecting indigeneity: ‘From Bangladesh with Love’

10 Made in India: ethnographic films beyond visual anthropology

11 Critiquing stereotypes? Documentary as dialogue with the Garo

12 YouTube and the rising trend of indigenous folk dance: the case of the sakela dance of the Rai in Nepal and their diaspora

13 Identity, indigeneity, and cultural props: portraying the Tai-Ahoms in two Assamese films based on the legend of Joymati

14 Polyandry, sexuality and the (mis)representation of indigenous women on Indian screens. The film Sonam: The Fortunate One

Markus Schleiter is Lecturer in the Institute of Ethnology at Münster University, Germany.

is Assistant Professor in the Department of Cultural Anthropology and Development Sociology at Leiden University, The Netherlands.

This Open Access content has been made available under a Creative Commons Attribution – No Derivatives (CC BY ND) license.