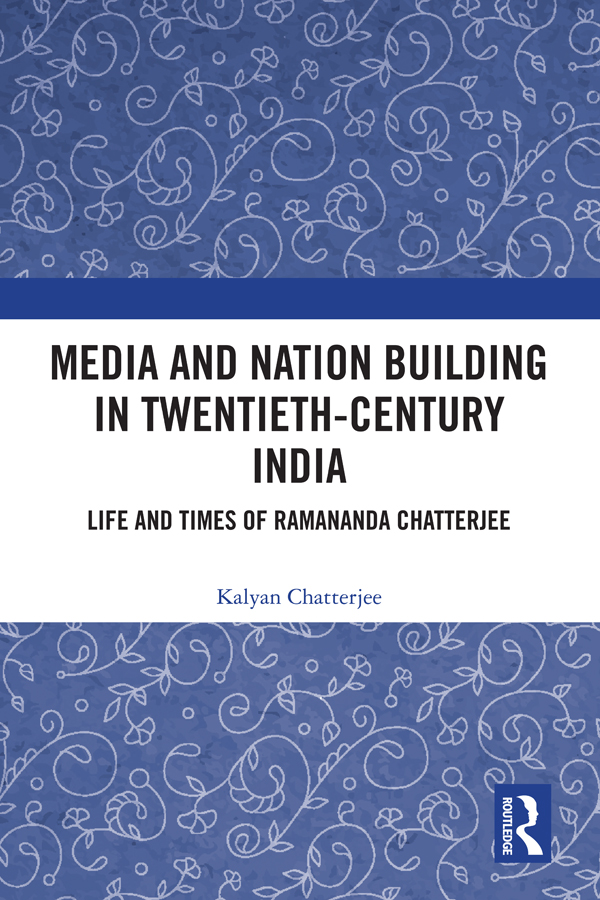 This book profiles twentieth-century India through the life and times of Ramananda Chatterjee – journalist, influencer, nationalist. Through a reconstruction of his history, the book highlights the oft-forgotten role of media in the making of the idea of India.

It shows how early twentieth-century colonial India was a curious melee of ideas and people – a time of rising nationalism, as well as an influx of Western ideas; of unprecedented violence and compelling non-violence; of press censorship and defiant journalism. It shows how Ramananda Chatterjee navigated this world and went beyond the traditional definition of the nation as an entity with fixed boundaries to anticipate Benedict Anderson and Ernest Gellner.

The volume also examines the wide reach and scope of his journals in English, Hindi and Bengali, which published the likes of Rabindranath Tagore, Subhash Bose, Abanindranath Tagore, Nandalal Bose, Ananda Coomaraswamy, the scientist J. C. Bose and Zhu Deh, the co-founder of the Chinese Red Army. He also published India in Bondage by the American Unitarian minister J. T. Sunderland, which resulted in his arrest.

An intriguing behind-the-scenes look of early twentieth-century colonial India, this book will be of great interest to scholars and researchers of history, modern South Asia and media and cultural studies.

Kalyan Chatterjee is Professor at Amity School of Communication, Amity University, India. He has worked as a journalist for over two decades, first at United News of India news agency and then at Deccan Herald newspaper, covering politics and government. He was awarded the K. K. Birla Fellowship in 1996 and has been teaching mass communication since 2002.