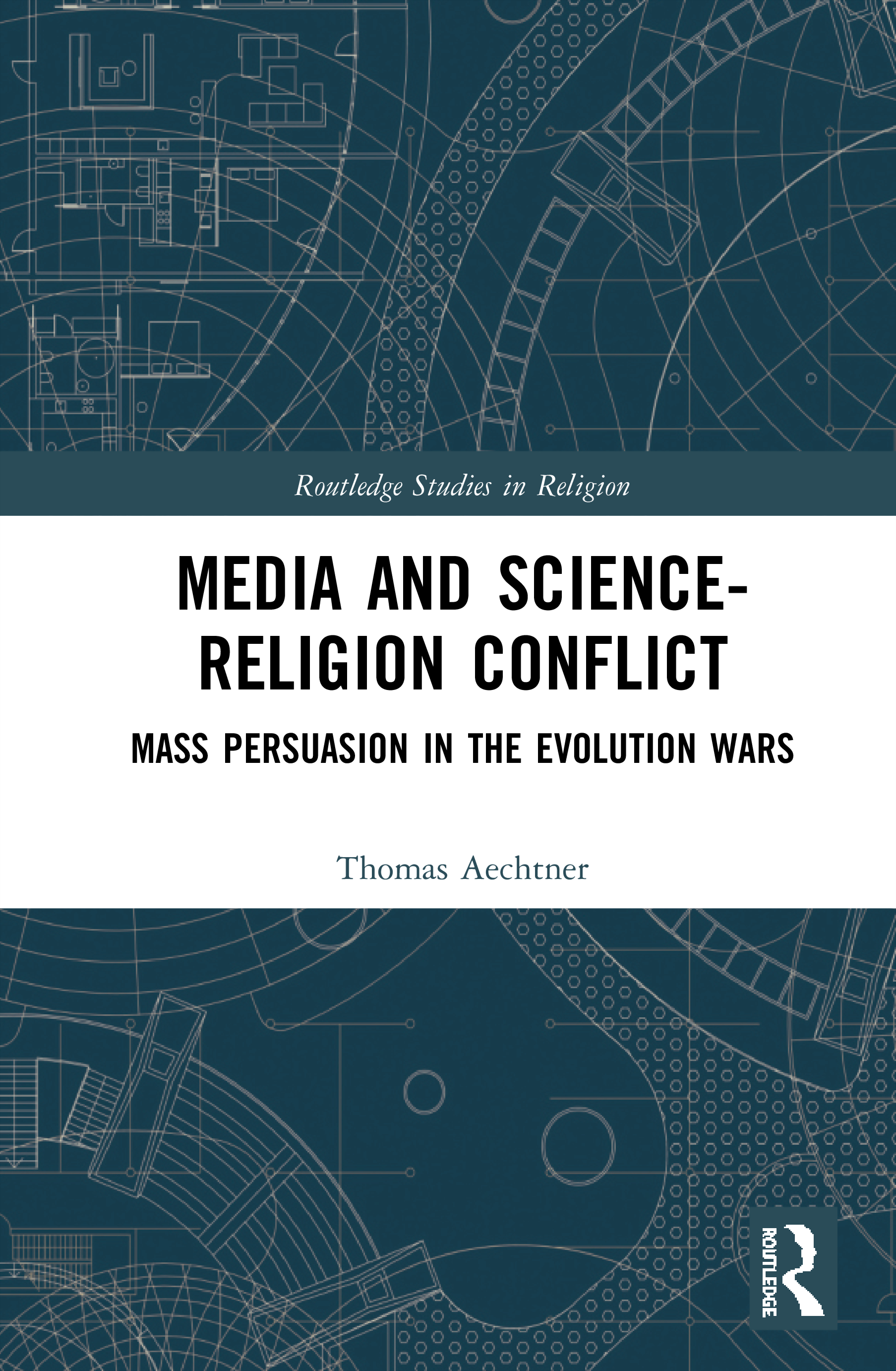 This book examines why the religion-science skirmishes known as the Evolution Wars have persisted into the 21st century. It does so by considering the influences of mass media in relation to decision-making research and the Elaboration Likelihood Model, one of the most authoritative persuasion theories.

The book’s analysis concentrates on the expression of cues, or cognitive mental shortcuts, in Darwin-sceptic and counter-creationist broadcasts. A multiyear collection of media generated by the most prominent Darwin-sceptic organizations is surveyed, along with rival publications from supporters of evolutionary theory described as the pro-evolutionists. The analysed materials include works produced by Young Earth Creationist and Intelligent Design media makers, New Atheist pacesetters, as well as both agnostic and religious supporters of evolution. These cues are shown to function as subtle but effective means of shaping public opinion, including appeals to expertise, claims that ideas are being censored, and the tactical use of statistics and technical jargon.

Contending that persuasive mass media is a decisive component of science-religion controversies, this book will be of keen interest to scholars of Religion, Science and Religion interactions, as well as researchers of Media and Communication Studies more generally.

2 This Age of Propaganda: Media Effects and Persuasion Research

4 Casting Doubt and Conspiracies: Asking Questions in the Evolution Wars

5 Comparisons and Suppression: The Contrast Principle, Negativity, and Scarcity Effects

is a Senior Lecturer in Religion and Science at The University of Queensland, Australia. He has published multiple articles and chapters on Science and Religion as well as a monograph entitled Health, Wealth, and Power in an African Diaspora Church in Canada (2015).