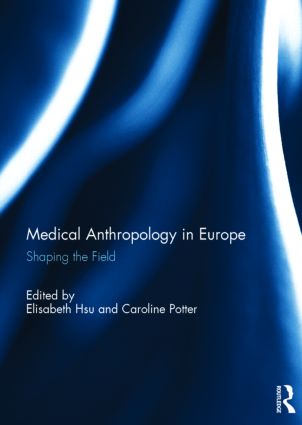 This collection brings together three generations of medical anthropologists working at European universities to reflect on past, current and future directions of the field. Medical anthropology emerged on an international playing ground, and while other recently compiled anthologies emphasize North American developments, this volume highlights substantial ethnographic and theoretical studies undertaken in Europe. The first four chapters trace the beginnings of medical anthropology back into the two formative decades between the 1950s-1970s in Italy, German-speaking Europe, the Netherlands, France and the UK, supported by four brief vignettes on current developments. Three core themes that emerged within this field in Europe – the practice of care, the body politic and psycho-sensorial dimensions of healing – are first presented in synopsis and then separately discussed by three leading medical anthropologists Susan Whyte, Giovanni Pizza and René Devisch, complemented by the work of three early career researchers. The chapters aim to highlight how very diverse (and sometimes overlooked) European developments within this rapidly growing field have been, and continue to be. This book will spur reflection on medical anthropology’s potential for future scholarship and practice, by students and established scholars alike.

This book was originally published as a special issue of Anthropology and Medicine.

Part I 1. Introduction to Part I: Medical anthropology in Europe: shaping the field Elisabeth Hsu and Caroline Potter with vignette by Anita Hardon and Claire Beaudevin 2. Alien origins: xenophilia and the rise of medical anthropology in the Netherlands Sjaak van der Geest with vignette by Sylvie Fainzang 3. Itineraries and specificities of Italian medical anthropology Tullio Seppilli 4. Before and after fieldwork: ingredients for an ethnography of illness Gilbert Lewis with vignette by Jean Benoist 5. What about Ethnomedizin? Reflections on the early days of medical anthropologies in German-speaking countries Ruth Kutalek, Verena C. Münzenmeier and Armin Prinz with vignettes by Hansjörg Dilger, Peter van Eeuwijk, and Bernhard Hadolt Part II 6. Introduction to Part II: Medical anthropology in Europe – quo vadis? Elisabeth Hsu 7. Chronicity and control: framing ‘noncommunicable diseases’ in Africa Susan Reynolds Whyte 8. ‘I am also a human being!’ Antiretroviral treatment in local moral worlds Dominik Mattes 9. ‘When there were only gods, then there was no disease, no need for doctors’: forsaken deities and weakened bodies in the Indian Himalayas Serena Bindi 10. Second nature: on Gramsci’s anthropology Giovanni Pizza 11. Of divinatory connaissance in South-Saharan Africa: the bodiliness of perception, inter-subjectivity and inter-world resonance René Devisch 12. Health care decisions by Sukuma ‘peasant intellectuals’: a case of radical empiricism? Koen Stroeken

Elisabeth Hsu is Professor in Anthropology at the University of Oxford, UK, where she co-founded and convenes the Medical Anthropology teaching and research programme.

is Lecturer in Medical Anthropology at Oxford, UK, where she obtained her doctorate in 2007 within this programme and assisted in building it up between 2008 and 2014.