Medical Education
A History in 100 Images

Medical Education: A History in 100 Images

This fascinating guide to medical education introduces readers to the historical development of this important subject through 100 powerful images from the prestigious Wellcome Library Collection that highlight key figures in the field and innovations that have taken place, not just in the recent past but over the centuries. The text that accompanies each image both describes that image and shows how the ideas arising from it have helped to shape modern medical education, with relevance to current clinical practice. The book is an invaluable and visual introduction for students, academics, managers, and practitioners.

Introduction. Asklepios. Standing figures of Shen Nung and Huang Ti. Imhotep. Susruta. Hippocrates. Papyrus text: fragment of Hippocratic oath. Facade of temple of Asklepios at Epidaurus. Facade of temple of Asklepios at Epidaurus. Alexander the Great's confidence in his physician Philip of Acarnania. Erasistratus, a physician, realising that Antiochus's illness is lovesickness for his stepmother Stratonice, by observing that Antiochus's pulse rose whenever he saw he. r Celsus. Galen. Rhazes. enna expounding pharmacy to his pup. Teaching Hospital School, Salerno, Italy: part of the Crypt. physician reading a recipe instructs his assistant. Maimonides. Mundinus, the Italian anatomist, making his first dissection. Trotula. Thomas Linacre. physician lecturing to students about urinoscopy, he points to a flask held by an assistant . dissection in progress: the anatomy professor at his lectern. Paracelsus. Surgeon with two students (or relatives of the patient) by the bedside of a patient with a chest wound. Pharmacy: master pointing at flasks and apprentice seated behind a desk. Ambroise Paré, as an apprentice barber-surgeon in a busy shop in Paris.. Francis Bacon. Vesalius. John Banester giving the visceral lecture at Barber-Surgeons' Hall. De re anatomica libri XV, Realdo Colombo, A physician supervising an apprentice. Francis Bacon. William Harvey demonstrating his theory of circulation of the blood. The anatomy of Dr Nicolaes Tulp. Anatomical theatre at Padua, Diorama. Thomas Browne. The anatomy theatre at Leiden during a dissection. Nicolas Culpeper. Boerhaave giving a lecture. William Cheselden giving an anatomical demonstration to six spectators in the anatomy-theatre of the Barber-Surgeons' Company, London. The characters (in silhouette) from Molière's play 'La malade imaginaire'. A group of doctors and medical students surround a dying patient. An anatomical dissection with six onlookers and the dissector who is retracting the skin to reveal the intestines. William Hunter. Lamarck. Astley Paston Cooper. A physician shouting at his assistant. Wax anatomical figure of reclining woman. Benjamin Harrison, autocratic treasurer of Guy's hospital. An incompetent entrant presented by his father to a university dignitary. Ecole de chirurgie, Paris: anatomy theatre. Doctors disputing, the patient is ignored. Laënnec. Richard Bright. Richard Bright. A gagging man surrounded by confused consultants and medical students. Roderick Random (a licentiate from Scotland) facing a board of medical examiners at Surgeons Hall. An inexperienced student doctor taking the pulse of a patient in his bed. Oliver Wendell Holmes. Claude Bernard and his pupils. A medical student, smoking, with a tankard and Quain's Anatomy on the table. James Paget. A doctor telling his apprentice how to use language correctly. Memorial to a doctor for work during the Irish fever epidemic. Ignaz Philipp Semmelweis. Thomas Henry Huxley. Joseph Lister with his House Surgeons and Dressers. A naval physician in uniform studying books at a large table. An Octave for Mr Ernest Hart . Elizabeth Garrett Anderson. Thomas Clifford Allbutt. John Shaw Billings. Dieulafoy with his assistants and students during a lecture at l'Hôtel-Dieu. Sophia Jex-Blake. A foppish medical student smoking a cigarette; denoting a cavalier attitude. Robert Koch reading his address to a conference at St. James. A posterior view of a medical student with a surgical gown on untidily tied up. Doctors receiving their degrees in a degree ceremony, Edinburgh. William Osler. William Henry

Dr Kieran Walsh is Clinical Director of BMJ Learning and Quality. He is responsible for the editorial direction of BMJ Online Learning, BMJ Masterclasses, BMJ onExamination and BMJ Quality. He has written over 200 articles for publication - mainly in the field of medical education. He has previously written three books - Cost Effectiveness in Medical Education, Medical Education: a Dictionary of Quotations and the Oxford Textbook of Medical Education. He has worked in the past as a hospital doctor - specializing in care of the elderly medicine and neurology. 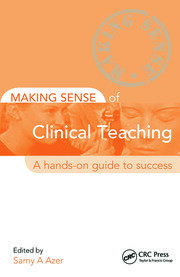 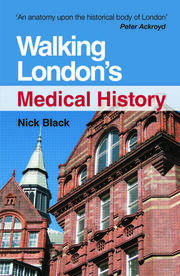