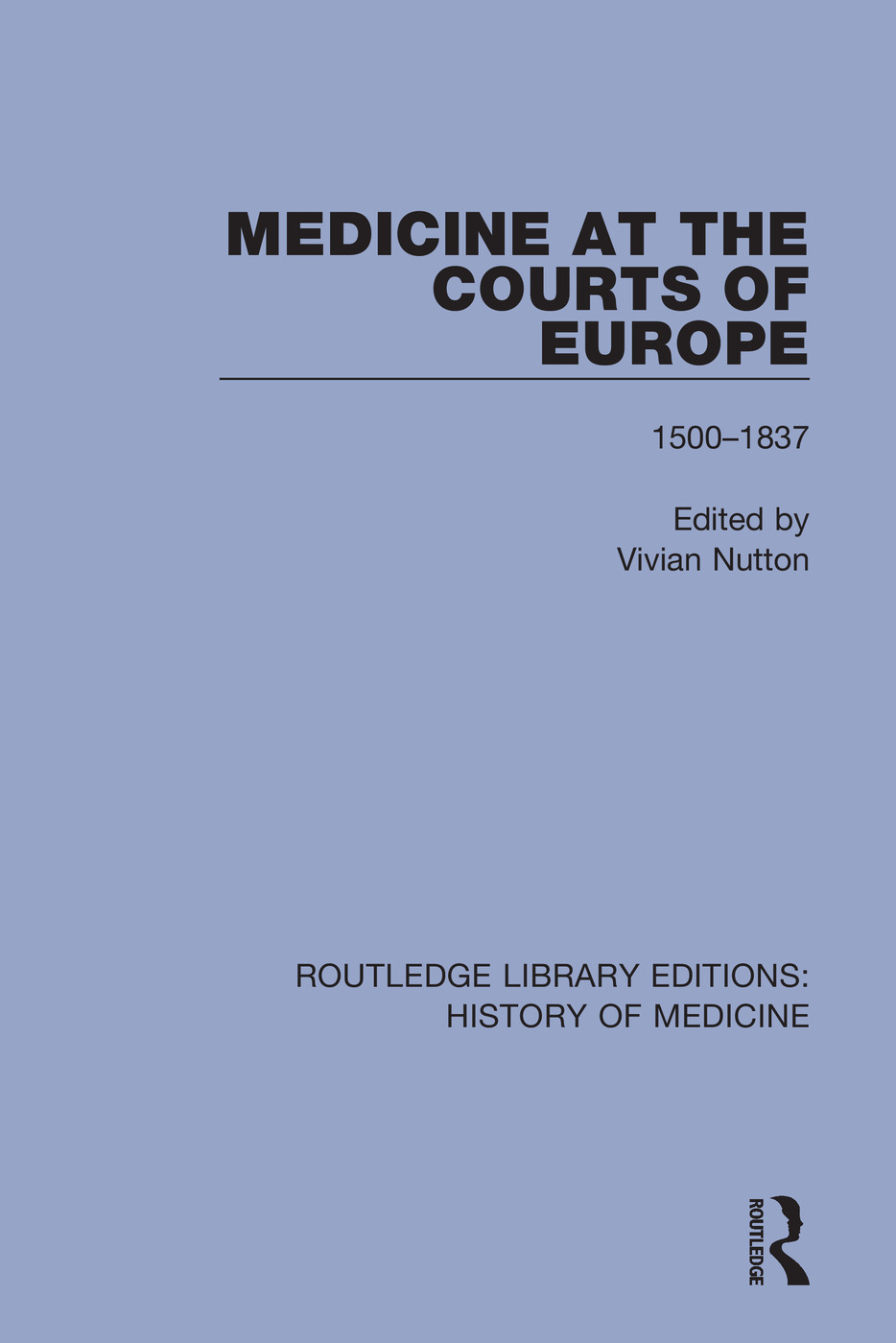 Medicine at the Courts of Europe

Originally published in 1990, Medicine at the Courts of Europe 1500-1837 is a collection of essays examining the whole range of medical activities in a variety of European courts, from Rome of the Borgias to the Russia of Catherine the Great. It documents the diverse influences of custom, wealth, religion and royal intervention, along with foreign innovation, popular literary satire and matters of litigation which so changed the face of court medicine over three centuries. By looking at court medical practitioners in such a wide chronological, geographic and thematic context, these essays provide many new insights for all those interested in the history of medicine, society and politics from the sixteenth century to the early nineteenth century.

2. Medicine at the Papal Court in the Sixteenth Century, Richard Palmer

4. Prince-Practitioning and the Direction of Medical Roles at the German Court: Maurice of Hesse-Kassel and his Physicians, Bruce T. Moran

5. The Literary Image of the Médicins du Roi in the Literature of the Grand Siècle, Laurence Brockliss

6. Court Physicians and State Regulation in Eighteenth Century Prussia: The Emergence of Medical Science and the Demystification of the Body, Johanna Geyer-Kordesch

7. Medicine at the Court of Catherine the Great of Russia, J.T. Alexander

8. The Mèdicins du Roi at the End of the Ancien Régime and in the French Revolution, Colin Jones