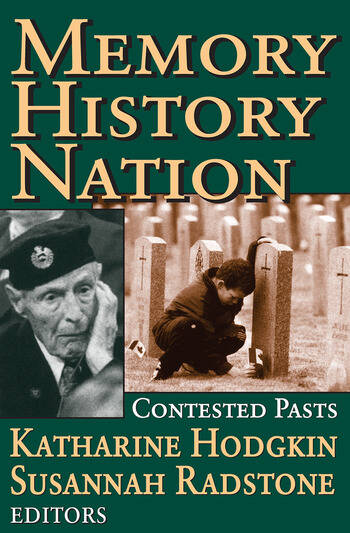 In the last decade, a focus on memory in the human sciences has encouraged new approaches to the study of the past. As the humanities and social sciences have put into question their own claims to objectivity, authority, and universality, memory has appeared to offer a way of engaging with knowledge of the past as inevitably partial, subjective, and local. At the same time, memory and memorial practices have become sites of contestation, and the politics of memory are increasingly prominent. This inter-disciplinary volume demonstrates, from a range of perspectives, the complex cultural work and struggles over meaning that lie at the heart of what we call memory.The chapters in this volume offer a complex awareness of the workings of memory, and the ways in which different or changing histories may be explained. They explore the relation between individual and social memory, between real and imaginary, event and fantasy, history and myth. Contradictory accounts, or memories in direct contradiction to the historical record are not always the sign of a repressive authority attempting to cover something up. The tension between memory as a safeguard against attempts to silence dissenting voices, and memory's own implication in that silencing, runs throughout the book. Topics covered range from the Basque country to Cambodia, from Hungary to South Africa, from the Finnish Civil War to the cult Jim Jarmusch movie Dead Man, from the Rock and Roll Hall of Fame to Australia. Part I, "Transforming Memory" is concerned primarily with the social and personal transmission of memory across time and generations. Part II, "Remembering Suffering: Trauma and History," brings the after-effects of catastrophe to the fore. Part III, "Patterning the National Past," the relation between nation and memory is the central issue. Part IV, "And Then Silence," reflects on the complex and multiple meaning of silence and oblivion, wherein amnesia is often used as a figure for the denial of shameful pasts.