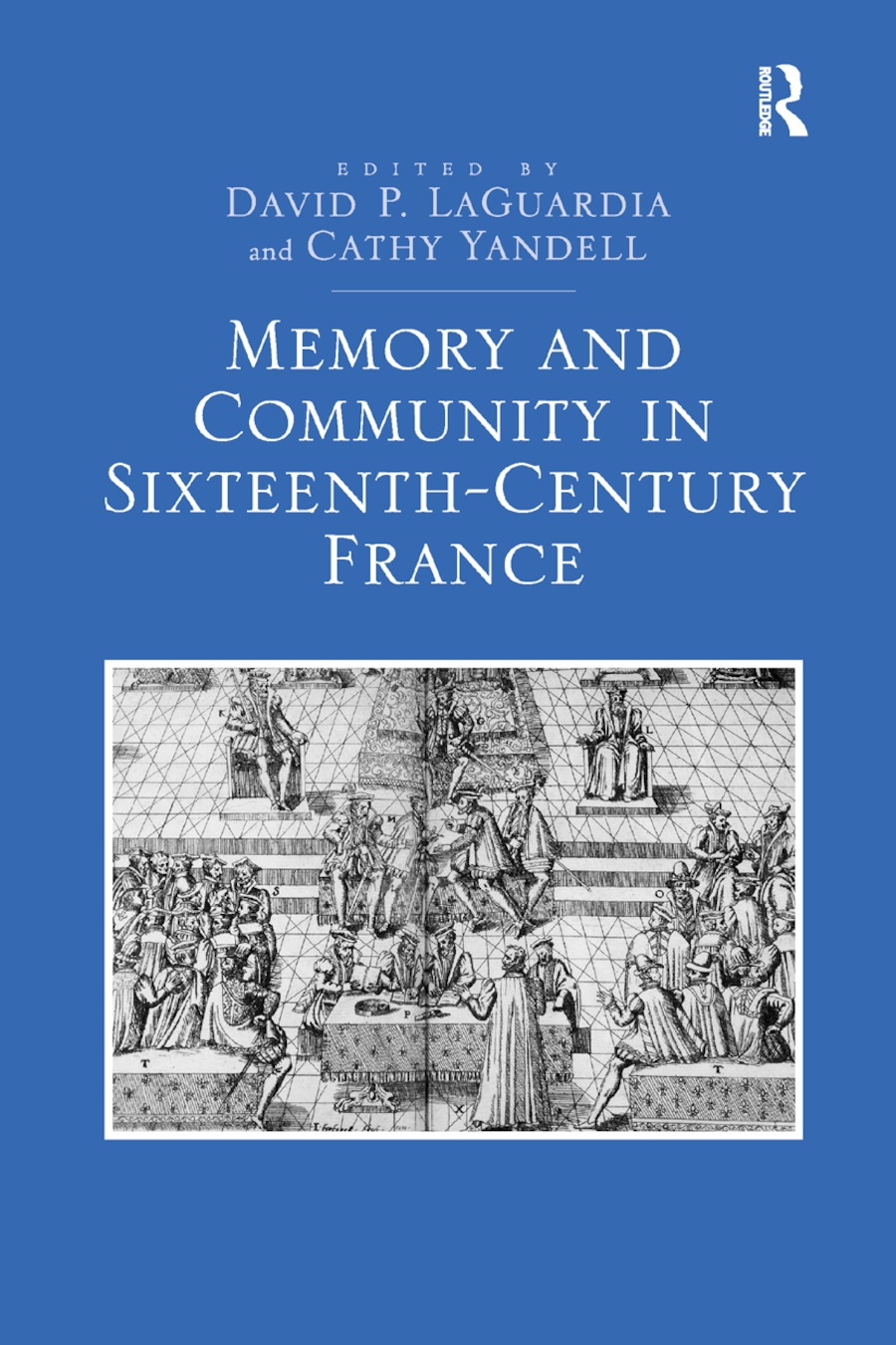 Memory and Community in Sixteenth-Century France

Memory and Community in Sixteenth-Century France engages the question of remembering from a number of different perspectives. It examines the formation of communities within diverse cultural, religious, and geographical contexts, especially in relation to the material conditions for producing texts and discourses that were the foundations for collective practices of memory. The Wars of Religion in France gave rise to numerous narrative and graphic representations of bodies remembered as icons and signifiers of the religious ’troubles.’ The multiple sites of these clashes were filled with sound, language, and diverse kinds of signs mediated by print, writing, and discourses that recalled past battles and opposed different factions. The volume demonstrates that memory and community interacted constantly in sixteenth-century France, producing conceptual frames that defined the conflicting groups to which individuals belonged, and from which they derived their identities. The ongoing conflicts of the Wars hence made it necessary for people both to remember certain events and to forget others. As such, memory was one of the key ideas in a period defined by its continuous reformulations of the present as a forum in which contradictory accounts of the recent past competed with one another for hegemony. One of the aims of Memory and Community in Sixteenth-Century France is to remedy the lack of scholarship on this important memorial function, which was one of the intellectual foundations of the late French Renaissance and its fractured communities.

Part 1 The Nature of Memory: Two queens, a dog, and a purloined letter: on memory as a discursive phenomenon in late Renaissance France. 'M'en souvenant, je m'oblie moymesmes': Delie as Memento Mori. Soundscapes of the Wars of Religion: sensory crisis and the collective memory of violence. Part 2 Re-viewing the Wars of Religion: Communion, Cannibalism, and Testimony: Communities under siege: Lery, famine, and the cannibal within. Fathers and sons: paternity, memory, and community in Theodore Agrippa d'Aubigne's Histoire Universelle. Agrippa d'Aubigne's Tragiques as testimony. From communion to communication: the creation of a Reformation public through satire. Part 3 Remembering People and Places: Brantome's Dames illustres: remembering Marguerite de Navarre. How memory constitutes nations in Louis Le Roy's Vicissitude. Montaigne and the will not to forget. Part 4 Memory, Identity, Alterity: Memory and forgetting in Louis Le Roy's presentation of the androgyne Cannibalism and cognition in Jean de Lery's Histoire d'un voyage. The struggle for cultural memory in Ronsard's Discours des miseres de ce temps. Witchcraft and subjectivity: the trial of the witches of Marlou (1582-83).

Cathy Yandell is W. I. and Hulda F. Daniell Professor of French Literature, Language & Culture, and Director of French and Francophone Studies, at Carleton College, USA.