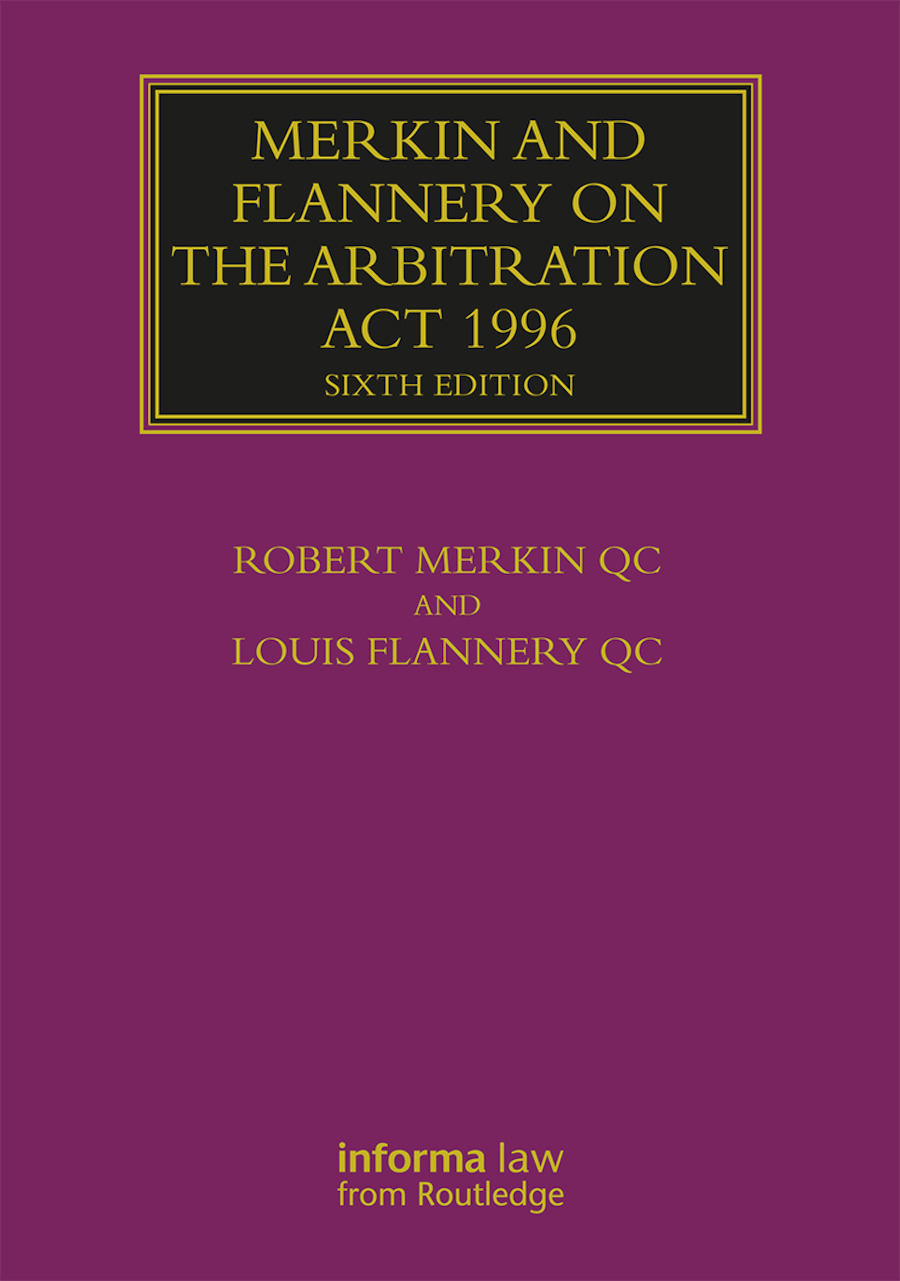 This book is an essential resource for anybody involved in arbitration. It is an updated section-by-section commentary on the Arbitration Act 1996, split into a separate set of notes for each section, and subdivided into the relevant issues within that section. It contains elements of international comparative law, citing authorities from many other common law and civil law jurisdictions.

Beyond the development of law since the last edition, this sixth edition contains new practical features to aid the reader. Each section now has a new contents table, with each separate topic set out clearly and in a logical order, which acts as reminder for the reader. Further, each separate topic now has a specific individual reference, and the topics are grouped in a more systematic and logical way within each section, to improve readability.

Erratum: The authors regret that the new version of the LCIA Rules will not now be published (or be applicable) until early 2020, due to unexpected circumstances. It is understood that those Articles referred to in the text as the 2019 Rules will remain unchanged, albeit that the Rules when in force should be and will be cited as the 2020 LCIA Rules. The authors accept responsibility for and apologise for this error.

Robert Merkin QC is Professor of Commercial Law at the University of Exeter and Special Counsel, Duncan Cotterill, New Zealand. He specialises in insurance, reinsurance and arbitration and has written over 40 books on those subjects, and his works have been cited on numerous occasions in a number of different jurisdictions. He is co-editor of the Lloyd’s Law Reports, author of Arbitration Law and Singapore Arbitration Law and editor of Arbitration Law Monthly and Insurance Law Monthly. Rob is a regular presenter at conferences in the UK and internationally. He is past president of the British Insurance Law Association and honorary life president of the International Association of Insurance Law (AIDA). He sits as an arbitrator and has given expert evidence on English law in numerous arbitration and judicial proceedings.

Arbitration has become increasingly popular in the field of dispute resolution; this series expands on the expertise that we have developed in this area, and provides you with a dedicated library of commercial arbitration titles. Specifically designed for commercial practitioners and arbitrators, this series offers analysis and guidance on the very latest issues in the field.