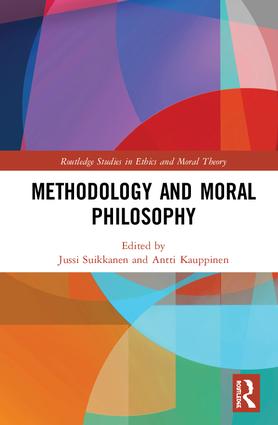 Many ethicists either accept the reflective equilibrium method or think that anything goes in ethical theorizing as long as the results are plausible. The aim of this book is to advance methodological thinking in ethics beyond these common attitudes and to raise new methodological questions about how moral philosophy should be done.

What are we entitled to assume as the starting-point of our ethical inquiry? What is the role of empirical sciences in ethics? Is there just one general method for doing moral philosophy or should different questions in moral philosophy be answered in different ways? Are there argumentative structures and strategies that we should be encouraged to use or typical argumentative patterns that we should avoid?

"The methodology of philosophy, in general, has been the subject of intense discussion in recent years, with valuable new ideas and positions emerging from these debates. However, the methodology of moral philosophy, in particular, has not received the same kind of renewed and focused attention. This volume rectifies that omission by bringing together an excellent collection of essays on moral methodology. Some of these essays shed new light on old issues but the main focus is on new methods and ideas. Anyone interested in understanding, and evaluating, the methods we use in ethical theorizing will want to read this book." – Yuri Cath, La Trobe University, Australia

Part I: The Prospects of Empirical Ethics

2. How to Debunk Moral Beliefs

Victor Kumar and Joshua May

5. Metaethics from a First-Person Standpoint

6. Consequentialism and the Evaluation of Action qua Action

7. The Similarity Hypothesis in Metaethics

9. Footing the Cost (of Normative Subjectivism)

is a senior lecturer in philosophy at the University of Birmingham. His main research interests are in metaethics and normative ethics. He has published articles on moral metaphysics, psychology, and semantics and ethical theories such as contractualism and consequentialism.

is Professor of Social and Moral Philosophy at the University of Helsinki. He has wide-ranging research interests in ethics and metaethics, inluding topics such as well-being and the meaning of life, the role of emotions in morality and the nature of reasons and rationality.