Honeybees are an important link in our food chain because they are major pollinators of food crops. In recent years, honeybee populations have declined precipitously perhaps due to changes in their microbiome. This book describes and identifies the bee microbiome using a proteomics technology. Chapters include the detection and identification of microbes found in honeybees collected around the United States. This book contains new data and illustrates the rich diversity of microbes as collected by honeybees. It is a must read for everyone concerned about the honeybee and working in the industry.

Appendix A – National Average for Bacteria

Dr. Charles H. Wick is a retired senior scientist from the US Army Edgewood Chemical Biological Center (ECBC) where he served both as a manager and research physical scientist and has made significant contributions to forensic science. Although his 40–year professional career has spanned both the public sector and the military, his better-known work in the area of forensic science has occurred in concert with the Department of Defense (DOD). He is a founding member of BIOid, Inc.

Dr. Wick earned four degrees from the University of Washington and worked in the private sector (civilian occupations) for twelve years, leading to a patent, numerous publications, and international recognition among his colleagues.

In 1983, Dr. Wick joined the Vulnerability/Lethality Division of the United States Army Ballistic Research Laboratory, where he quickly achieved recognition as a manager and principal investigator. It was at this point that he made one of his first major contributions to forensic science and to the field of antiterrorism; his team was the first to utilize current technology to model sub-lethal chemical, biological, and nuclear agents. This achievement was beneficial to all areas of the Department of Defense, as well as to the North Atlantic Treaty Organization (NATO), and gained Wick international acclaim as an authority on individual performance for operations conducted on a nuclear, biological, and chemical (NBC) battlefield.

During his career in the United States Army, Wick rose to the rank of Lieutenant Colonel in the Chemical Corps. He served as a Unit Commander for several rotations, a staff officer for six years (he was a Division Chemical Staff Officer for two rotations), Deputy Program Director Biological Defense Systems, and retired from the position of Commander of the 485th Chemical Battalion in April of 1999.

Dr. Wick continued to work for the DOD as a civilian at the ECBC. Two notable achievements, and one which earned him the Department of the Army Research and Development Award for Technical Excellence and a Federal Laboratory Consortium Technology Transfer Award in 2002, include his invention of the Integrated Virus Detection System (IVDS), a fast-acting, highly portable, user-friendly, extremely accurate and efficient system for detecting the presence of viruses for the purpose of detection, screening, and characterization. The IVDS can detect the full spectrum of known, unknown, and mutated viruses. This system is compact, portable, and does not rely upon elaborate chemistry. The second, and equally award winning, was his creation and leadership in the development of software designed for detecting and identifying microbes using Mass Spectrometry Proteomics. Each of these projects represents determined ten year efforts and is novel in their approaches to the detection and classification of microbes from complex matrices. Both topics are the subjects of two of his books published by CRC Press (Identifying Microbes by Mass Spectrometry Proteomics, 2013, and Integrated Virus Detection, 2014).

Throughout his career, Dr. Wick has made lasting and important contributions to forensic science and to the field of antiterrorism. Dr. Wick holds several U.S. Patents in the area of microbe detection and classification. He has written more than forty-five civilian and military publications and has received myriad awards and citations, including the Department of the Army Meritorious Civilian Service Medal, the Department of the Army Superior Civilian Service Award, two United States Army Achievement Medals for Civilian Service, the Commander's Award for Civilian Service, the Technical Cooperation Achievement Award and twenty-five other decorations and awards for military and community service. 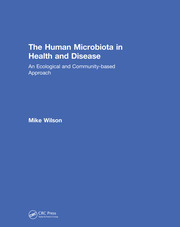 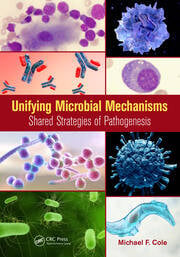 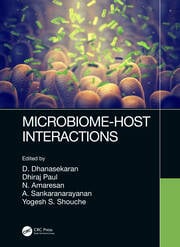