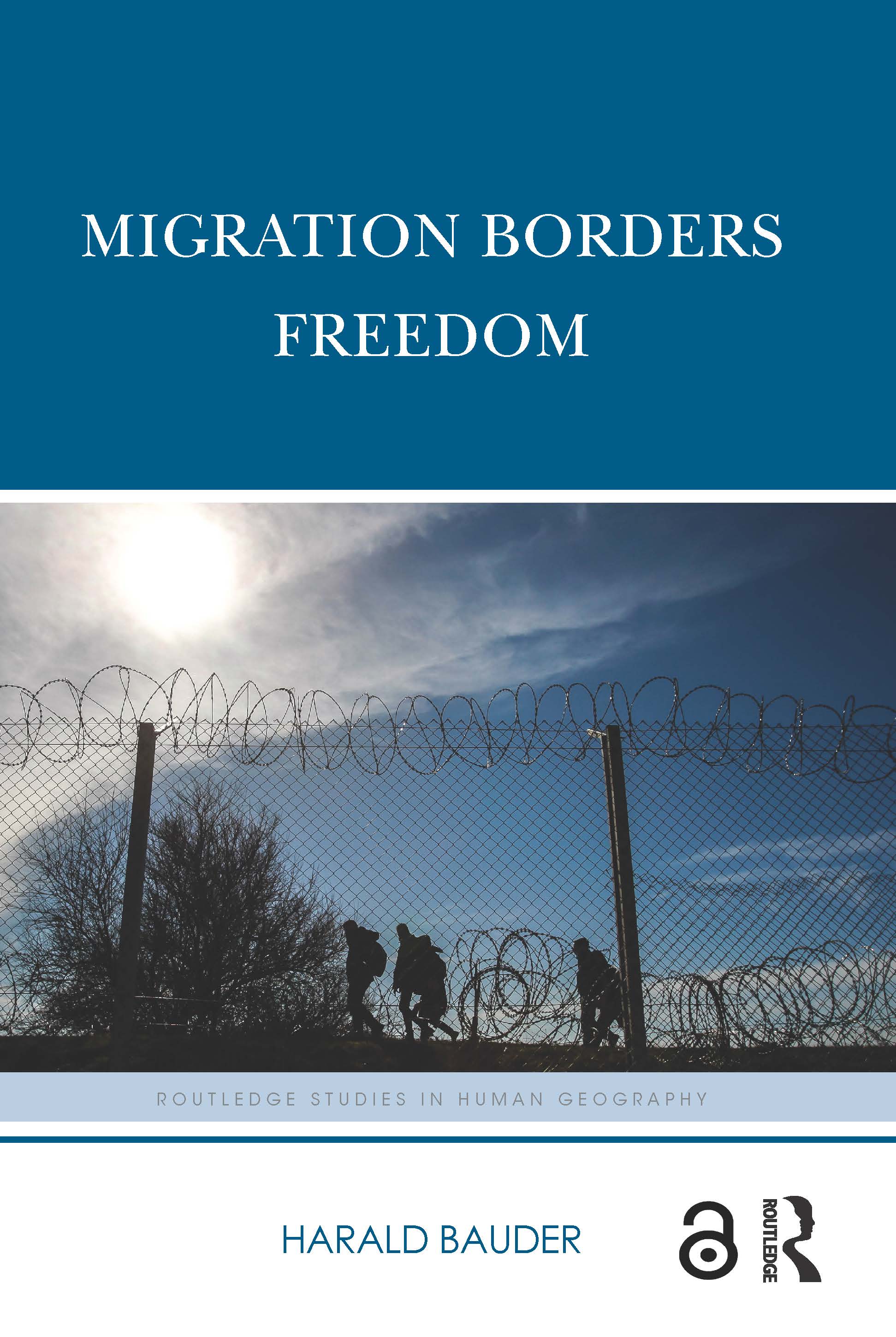 International borders have become deadly barriers of a proportion rivaled only by war or natural disaster. Yet despite the damage created by borders, most people can’t – or don’t want to – imagine a world without them. What alternatives do we have to prevent the deadly results of contemporary borders?

In today’s world, national citizenship determines a person’s ability to migrate across borders. Migration Borders Freedom questions that premise. Recognizing the magnitude of deaths occurring at contemporary borders worldwide, the book problematizes the concept of the border and develops arguments for open borders and a world without borders. It explores alternative possibilities, ranging from the practical to the utopian, that link migration with ideas of community, citizenship, and belonging. The author calls into question the conventional political imagination that assumes migration and citizenship to be responsibilities of nation states, rather than cities. While the book draws on the theoretical work of thinkers such as Ernst Bloch, David Harvey, and Henry Lefebvre, it also presents international empirical examples of policies and practices on migration and claims of belonging. In this way, the book equips the reader with the practical and conceptual tools for political action, activist practice, and scholarly engagement to achieve greater justice for people who are on the move.

"Freedom, however, is in the realm of possiblia (I gladly adopt this term) and thus in the realm of the not-yet-thinkable and of practice. It is good that Bauder does not go too far here. The result is a truly good book on open borders and contingent possibilities. It would be great if many activists and students, but also municipal dignitaries and politicians, would read it. An inspiration for upcoming tasks." - Forschungsgesellschaft Flucht & Migration Online, November 2016

"[t]he book deserves praise for managing, in little more than a hundred pages, not only to introduce the open borders option but also to tackle the different arguments for and against the option, and to clearly locate open borders between utopia and what is a possibility for tomorrow or the future." - Djordje Sredanovic, Wiley, Migrations Asylum Multiculturalism/Group for Research on Ethnic Relations, Migration & Equality/Université Libre de Bruxelles, Brussels, Belgium, December, 2016

"Bauder intelligibly takes full advantage of the three concepts of migration, borders and freedom to discuss many conceivable possibilities and contradictions that counter walls, borders, lines, and divides.Bauder introduces relevant and provocative policy measures on migrant rights to work and stay, by referring to restrictions imposed to citizenship, territoriality, and the nation-state." - Sutapa Chattopadhyay, Interface, Vol 9, Nov/Dec 2017

"Although relatively short, Migration Borders Freedomtraversespresent challenges, future possibilities, philosophical reflections, and political implications with both great clarity and substantial sophistication. The text is both aspirational and careful in its consideration of the consequences of challenging borders. Bauder (p. 7) insists that “human beings possess the freedom of migration and they should be able to exercise this freedom,” but he also recognizes that we need to be careful what we wish for and, in particular, be wary of the very palpable risks of a world without borders. It is, as a result, an excellent text for geographers seeking to reflect on the present challenge of borders and migration and for those who want to imagine the possibilities of a different world." - Francis L. Collins, The Canadian Geographer, University of Auckland

7. Right to the Future

Harald discusses role of dialogue and activism in a post-Brexit, Trump-led world

The American Association of Geographers (AAG) annual meeting in Boston critics met Harald Bauder and other authors to discuss central themes of their books and connect it to wider understandings of politics, resistance and social change.

In this video Harald Bauder addresses the panel’s points on the role of dialogue and activism in a post-Brexit, Trump-led world. He describes an ongoing dialectic between practice and social change. Further, he explains that the term possibilia, which he coins in his book, describes a world beyond our current imagination, and that in the meantime we need to focus on existing structures, or contingent possibilities, for change.

View more videos with Harald Bauder speaking at the event.