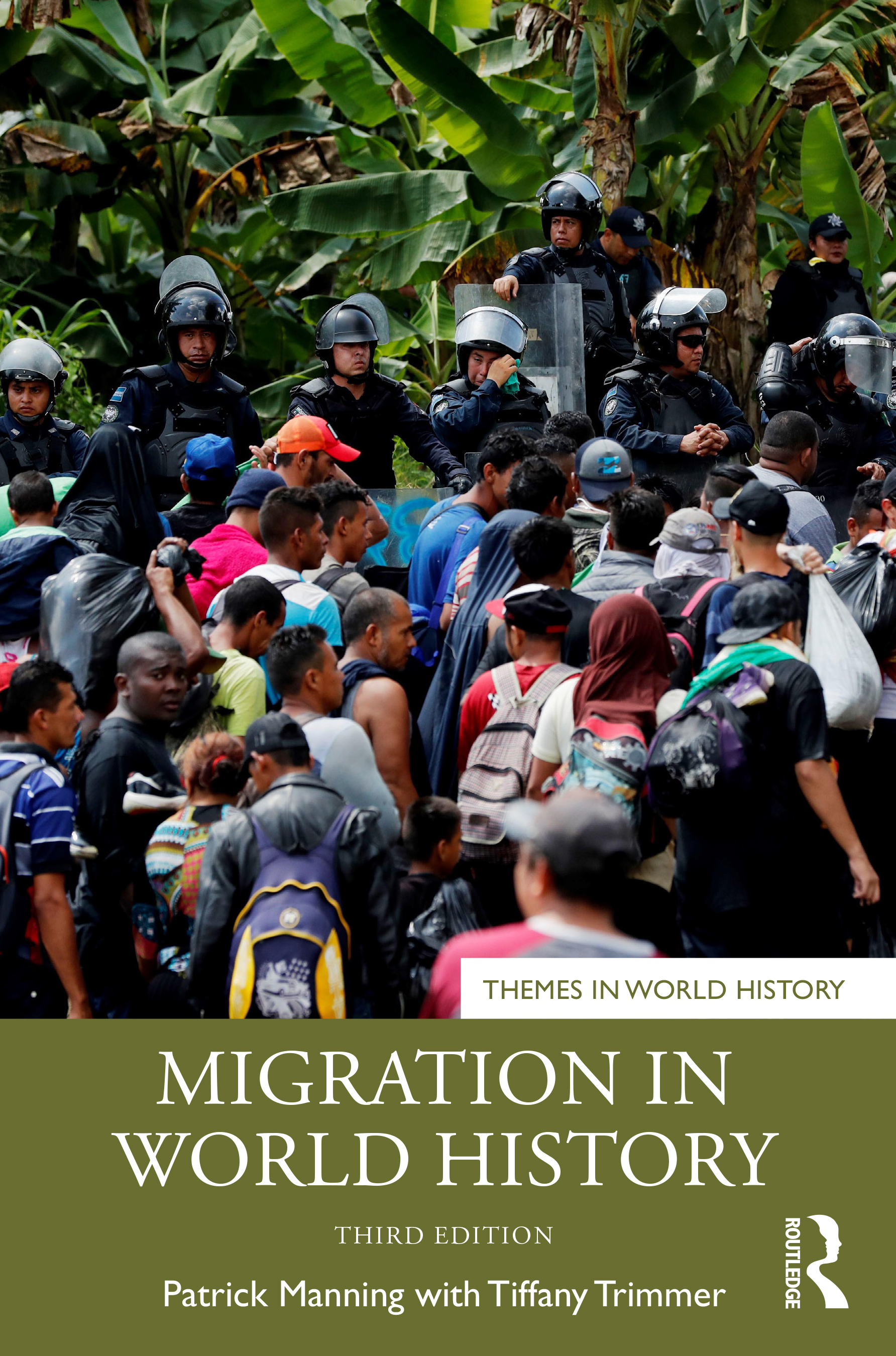 In this third edition of Migration in World History, Patrick Manning presents an expanded and newly coherent view of migratory processes, conveying new research and interpretation. The engaging narrative shows the continuity of migratory processes from the time of foragers who settled the earth to farmers opening new fields and merchants linking purchasers everywhere. In the last thousand years, accumulation of wealth brought capitalism, industry, and the travels of free and slave migrants. In a contest of civilizational hierarchy and movements of emancipation, nations arose to replace empires, although conflicts within nations expelled refugees. The future of migration is now a serious concern.

While migration is often stressful, it contributes to diversity, exchanges, new perspectives, and innovations. This comprehensive and up-to-date view of migration will stimulate readers with interests in many fields.

Preface to the second edition

Preface to the third edition

A Note on the Expression of Time

Patrick Manning is Andrew W. Mellon Professor of World History, Emeritus, at the University of Pittsburgh, where he directed the World History Center and the Center for Historical Information and Analysis. He is a past President of the American Historical Association, and is the author of A History of Humanity: The Evolution of the Human System (2020); Methods for Human History: Studying Social, Cultural, and Biological Evolution (2020); and The African Diaspora: A History through Culture (2009). His research includes African population and migration, 1650–1950, and human groups in social change.