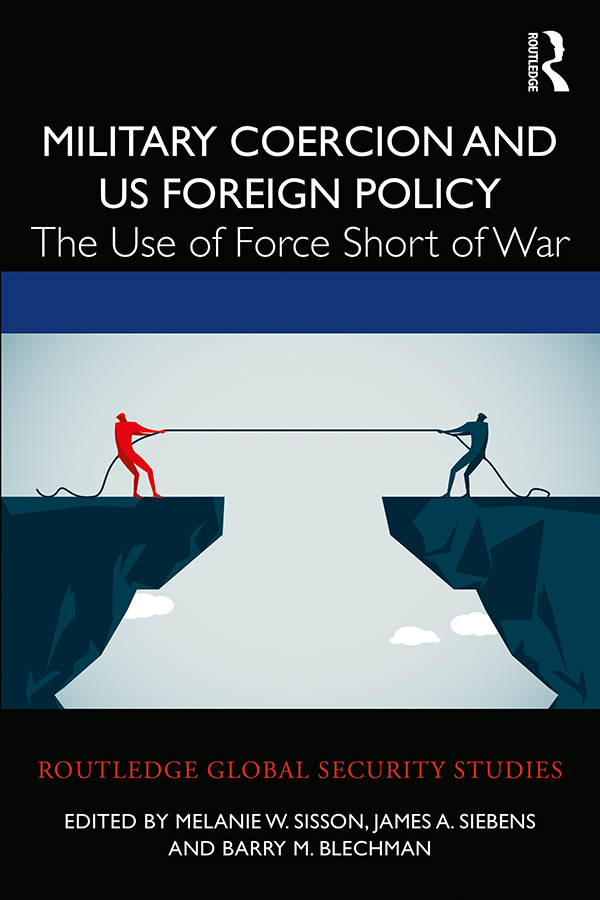 The Use of Force Short of War, 1st Edition

This book examines the use of military force as a coercive tool by the United States, using lessons drawn from the post-cold war era (1991-2018).

The volume reveals that despite its status as sole superpower during the post-Cold War period, US efforts to coerce other states have failed as often as they have succeeded. In the coming decades, the United States will face states that are more capable and creative, willing to challenge its interests and able to take advantage of missteps and vulnerabilities. By using lessons derived from in-depth case studies and statistical analysis of an original dataset of more than 100 coercive incidents in the post-Cold War era, this book generates insight into how the US military can be used to achieve policy goals. Specifically, it provides guidance about the ways in which, and the conditions under which, the US armed forces can work in concert with economic and diplomatic elements of US power to create effective coercive strategies.

This book will be of much interest to students of US national security, US foreign policy, strategic studies, and International Relations in general.

"So often, revisions fall short of distinguished predecessors. In this case, we see brilliance built on brilliance as the seminal work, Force Without War, is brought up to the present by a trenchant team of scholars and practitioners. This new volume will clearly become a well-thumbed textbook in our nation's war colleges and military academies. As a combatant commander in both Latin America at US Southern Command and later in four years as NATO Supreme Allied Commander, I often turned to the original study -- this new book will illuminate the path ahead for my successors in senior command."---Admiral Jim Stavridis (USN ret.)

"The post-Cold War era will soon be as long as the Cold War was. Military Coercion and US Foreign Policy could not be more timely. It is not only a masterful updating of a classic study, but a thorough and wide-ranging assessment of the relevance – real and perceived – of American military power in a world where interests, adversaries, and conflicts interact in more complicated ways than ever."--- Richard K. Betts, Columbia University, USA

"This impressive edited volume updates one of the classic books on coercion as a tool of U.S. foreign policy, bringing Force Without War up to the present day and providing key lessons for the future. It combines statistical analysis with detailed case studies, written by noted experts, to show where and how military coercion can help achieve U.S. national objectives without resorting to large-scale military operations. Its findings will be especially helpful for the policymakers charged with navigating through today’s turbulent strategic environment, and finding ways to successfully compete with Russia, China, and others without escalating into major war." --- Dr. Nora Bensahel, Visiting Professor of Strategic Studies Johns Hopkins School of Advanced International Studies, USA, and Contributing Editor War on the Rocks

9. Coercion in the Past, and the Future of Competition Melanie W. Sisson, James A. Siebens, and Barry M. Blechman

James A. Siebens is a Research Associate with the Stimson Center’s Defense Strategy and Planning Program, Washington, DC, USA.