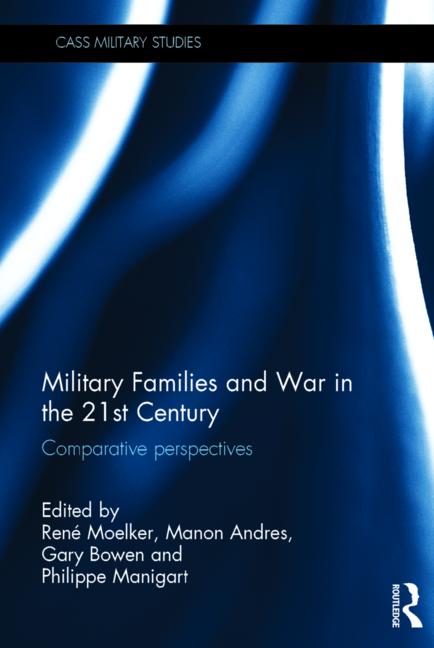 Military Families and War in the 21st Century

This book focuses on the key issues that affect military families when soldiers are deployed overseas, focusing on the support given to military personnel and families before, during and after missions.

Today’s postmodern armies are expected to provide social-psychological support both to their personnel in military operations abroad and to their families at home. Since the end of the Cold War and even more so after 9/11, separations between military personnel and their families have become more frequent as there has been a multitude of missions carried out by multinational task forces all over the world. The book focuses on three central questions affecting military families. First, how do changing missions and tasks of the military affect soldiers and families? Second, what is the effect of deployments on the ones left behind? Third, what is the national structure of family support systems and its evolution?

The book employs a multidisciplinary approach, with contributions from psychology, sociology, history, anthropology and others. In addition, it covers all the services, Army, Navy/Marines, Air Force, spanning a wide range of countries, including UK, USA, Belgium, Turkey, Australia and Japan. At the same time it takes a multitude of perspectives such as the theoretical, empirical, reflective, life events (narrative) approach, national and the global, and uses approaches from different disciplines and perspectives, combining them to produce a volume that enhances our knowledge and understanding of military families.

This book will be of much interest to students of military studies, sociology, war and conflict studies and IR/political science in general.

The book utilizes a multidisciplinary approach with contributions from sociology, psychology, history, and anthropology, and includes a range of qualitative and quantitative research methods. All of the major services (army, navy, and air force) are covered while spanning a wide range of countries, providing a useful cross-national analysis. An excellent introduction and epilogue nicely bookend the collection and add to its overall cohesiveness. Useful for sociology, military studies, and international relations collections.

--G. B. Osborne, University of Alberta

René Moelker is an Associate Professor at the Netherlands Defense Academy.

Manon Andres is an Assistant Professor at the Netherlands Defense Academy.

Gary Bowen is Kenan Distinguished Professor in the School of Social Work at the University of North Carolina at Chapel Hill (UNC-CH), USA.

Philippe Manigart is Professor of Sociology at the Royal Military Academy, Belgium.