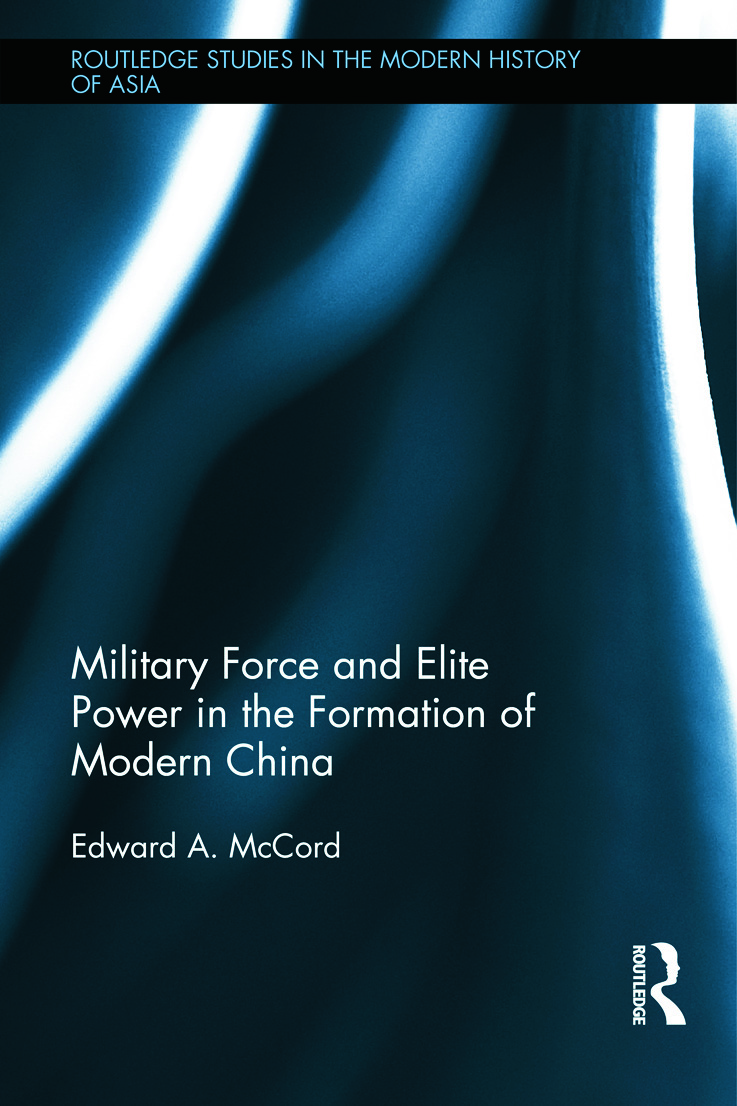 By Edward A. McCord

The China we know today emerged at the end of a long period of internal rebellions, civil wars, foreign invasions, and revolutionary insurrections that stretched across the nineteenth century to the mid-point of the twentieth. This book explores one important consequence of this situation—the increased role of military force in the determination of elite social, political, and economic power, and presents fascinating case studies of the warlords, militia leaders, and military officers who benefited from this.

This book makes an important contribution to our understanding of the rise of modern China, and provides a keen insight into impact of war on the country, as such, it will be welcomed by students and scholars interested in Chinese history, Asian history, and military history more broadly.

"Through an examination of the intersection of military force and elite power in the formative years of modern Chinese history, McCord (George Washington Univ.) seeks to demonstrate the importance of military force within elite power during that period. The volume contains five chapters. Chapter 1 shows how local military power played an important role in establishing and expanding regional elite power. Chapter 2 looks into how military command became the foundation of political power and a source for personal wealth. Chapter 3 discusses the source of power for local militia leaders. Chapter 4 illustrates how power was derived from military command. Chapter 5 probes how military professionals influenced the structure of elite power and politics in their home communities. In the conclusion, the author suggests that the end results of recurring military conflict were “transformations in society and government that ultimately reshaped and limited the capacity for military force.” --S. K. Ma, California State University, Los Angeles

Edward A. McCord is an Associate Professor of History and International Affairs at George Washington University, USA.