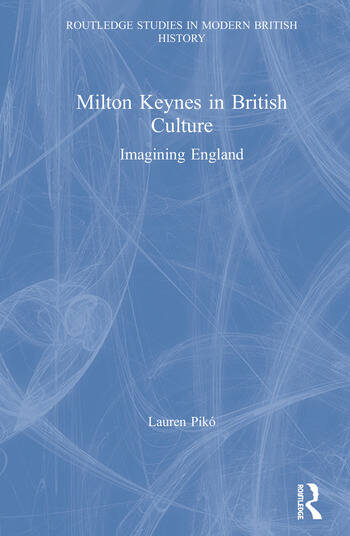 The new town of Milton Keynes was designated in 1967 with a bold, flexible social vision to impose "no fixed conception of how people ought to live." Despite this progressive social vision, and its low density, flexible, green urban design, the town has been consistently represented in British media, political rhetoric and popular culture negatively. as a fundamentally sterile, paternalistic, concrete imposition on the landscape, as a "joke", and even as "Los Angeles in Buckinghamshire". How did these meanings develop at such odds from residents' and planners' experiences? Why have these meanings proved so resilient?

traces the representations of Milton Keynes in British national media, political rhetoric and popular culture in detail from 1967 to 1992, demonstrating how the town's founding principles came to be understood as symbolic of the worst excesses of a postwar state planning system which was falling from favour. Combining approaches from urban planning history, cultural history and cultural studies, political economy and heritage studies, the book maps the ways in which Milton Keynes' newness formed an existential challenge to ideals of English landscapes as receptacles of tradition and closed, fixed national identities. Far from being a marginal, "foreign" and atypical town, the book demonstrates how the changing political fortunes of state urban planned spaces were a key site of conflict around ideas of how the British state should function, how its landscapes should look, and who they should be for.

The Heath Government and the ideology of public spending, 1970-1974

The IMF crisis and signification spirals, 1976

Milton Keynes and the crisis of over-absorption

The shifting centre in British politics

Thatcherite spatial politics: the middle against the radical fringe

"Best of both worlds?"

In on the joke?

Approaching the ‘wind up’

Basildon Man and the meanings of new towns

Perpetuating the myths? Image and Reality

Lauren Pikó is a historian specialising in the cultural history of post-1945 landscapes and national identity. She completed her PhD at the University of Melbourne, where she lectures and tutors in urban history and theory, and modern British, Australian and world histories. Her current research explores the imperial legacies of shaping British and Australian attitudes to borders and ideal landscapes. She is a former resident of Milton Keynes.