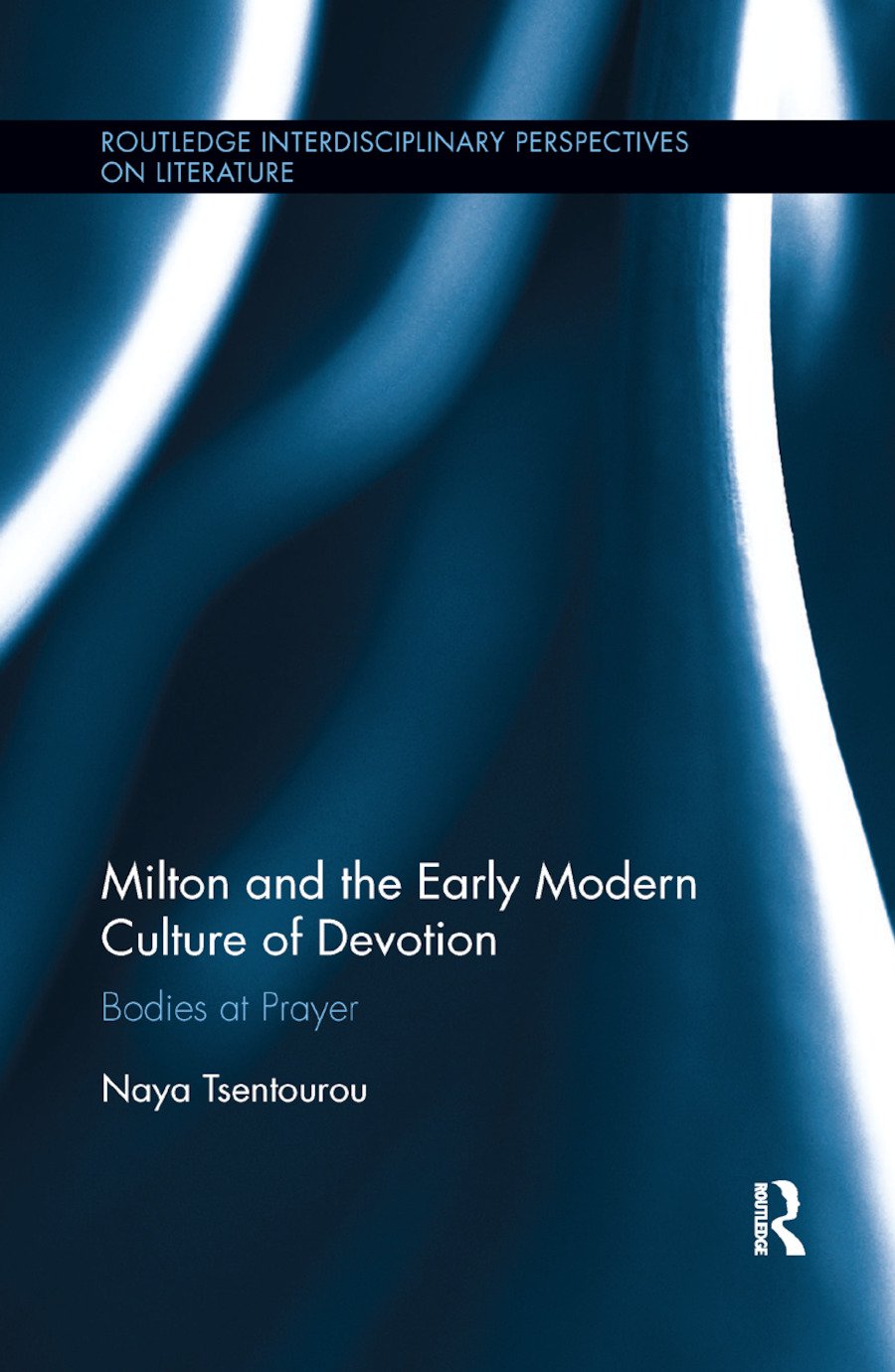 Milton and the Early Modern Culture of Devotion

Miton and Early Modern Devotional Culture analyses the representation of public and private prayer in John Milton’s poetry and prose, paying particular attention to the ways seventeenth-century prayer is imagined as embodied in sounds, gestures, postures, and emotional responses. Naya Tsentourou demonstrates Milton’s profound engagement with prayer, and how this is driven by a consistent and ardent effort to experience one’s address to God as inclusive of body and spirit and as loaded with affective potential. The book aims to become the first interdisciplinary study to show how Milton participates in and challenges early modern debates about authentic and insincere worship in public, set and spontaneous prayers in private, and gesture and voice in devotion.

"A linnen Sock over it": Material Bodies in Church

‘The ghost of a linen decency’

Subjects and Audiences in Liturgical Prayer

Prayer in the King’s Closet

Chapter 3 Hymns, Sighs, and the Materiality of Prayer in Paradise Lost

Chapter 4 "As one who pray’d": The Iconoclastic Prayer of Samson Agonistes

Naya Tsentourou is currently Lecturer in English at the University of Exeter, Penryn. She has research interests in Milton and religious lyric, as well as Shakespeare and the history of emotions. She has co-edited the collection Forms of Hypocrisy in Early Modern England (forthcoming with Routledge) with Lucia Nigri.