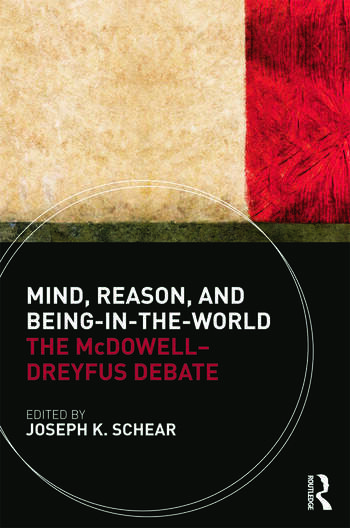 John McDowell and Hubert L. Dreyfus are philosophers of world renown, whose work has decisively shaped the fields of analytic philosophy and phenomenology respectively. Mind, Reason, and Being-in-the-World: The McDowell-Dreyfus Debate opens with their debate over one of the most important and controversial subjects of philosophy: is human experience pervaded by conceptual rationality, or does experience mark the limits of reason? Is all intelligibility rational, or is there a form of intelligibility at work in our skilful bodily rapport with the world that eludes our intellectual capacities? McDowell and Dreyfus provide a fascinating insight into some fundamental differences between analytic philosophy and phenomenology, as well as areas where they may have something in common.

Fifteen specially commissioned chapters by distinguished international contributors enrich the debate inaugurated by McDowell and Dreyfus, taking it in a number of different and important directions. Fundamental philosophical problems discussed include: the embodied mind, subjectivity and self-consciousness, intentionality, rationality, practical skills, human agency, and the history of philosophy from Kant to Hegel to Heidegger to Merleau-Ponty. With the addition of these outstanding contributions, Mind, Reason, and Being-in-the-World is essential reading for students and scholars of analytic philosophy and phenomenology.

Introduction, Joseph K. Schear  Part 1: A Battle of Myths  1. The Myth of the Pervasiveness of the Mental, Hubert L. Dreyfus  2. The Myth of the Detached Mind, John McDowell  Part 2: From Kant to Existential Phenomenology  3. Retrieving Realism, Charles Taylor  4. What is "Conceptual Activity"?, Robert B. Pippin  5. Transcendental Philosophy and the Possibility of the Given, Sebastian Gardner  6. Never Mind: Thinking of Subjectivity in the Dreyfus-McDowell Debate, Lee Braver  Part 3: Intellectualism and Understanding  7. Conceptualism and the Scholastic Fallacy, Taylor Carman  8. On Over-intellectualizing the Intellect, Alva Noë  9. Intellectualism, Experience, and Motor Understanding, Charles Siewert  Part 4: Experience, Concepts, and Non-Conceptual Content  10. The Given, Tim Crane  11. A Trilemma About Mental Content, Susanna Schellenberg  12. What is the Phenomenon of Conceptual Articulation?, Joseph Rouse  Part 5: Bodily Skills, Rationality, and Self-Consciousness  13. Are We Essentially Rational Animals?, Joseph K. Schear  14. A Dancer Reflects, Barbara Montero  15. Mindedness, Mindlessness, and First-Person Authority, Dan Zahavi.  Index

"This is a wonderful book. It contains edifying papers in the philosophy of mind, philosophy of psychology, philosophy of action, philosophy of language, epistemology, metaphysics and modern philosophy. Most important, this book seeks to discover ways of bridging the gap between analytic philosophy and continental philosophy. Although this text is ostensibly about the McDowell-Dreyfus debate (and it is), it offers much more than meets the eye." - Charles Macmillan Urban, College of Lake County, Mind

"[The Dreyfus/McDowell debate] … taps into deep questions about action, agency and reason, and one of the pleasures of Schear's book is the breadth and depth it brings to the discussion. With the debate as the focal (or jumping off) point, the contributors explore the historical and large-scale philosophical context, the nature of embodied skill, perceptual content, conceptuality, and rationality. As a whole the book provides a rich and nuanced investigation of the issues in dispute." - Wayne Christensen, Notre Dame Philosophical Reviews

"The exchange some years ago between John McDowell and Bert Dreyfus raised fundamental questions about the nature of embodied cognition and, in particular, the role of concepts in human perception. This volume makes available their strikingly yet subtly opposing positions in the opening section so as to mobilize a great deal of very interesting reflection in the essays that follow - with a fascinating sketch of the historical and conceptual background to these issues provided by Charles Taylor in the opening commentary. This is Anglo-American philosophy at its most worthwhile, maintaining its sense of rigour and argument while also reaching to be continuous with the large and important philosophical themes to be found in other traditions of Philosophy." - Akeel Bilgrami, Columbia University, USA

"Starting with new papers by McDowell and Dreyfus reformulating their dispute about rationality and encountering the world, Joseph Schear has collected a series of new, very high quality, responses to the debate, from a range of distinguished thinkers. Working through them one encounters philosophical argument that inspires, illuminates, and raises even more questions. The collection is essential reading for anyone thinking about these fundamental issues." - Paul Snowdon, University College London, UK

"Joseph Schear provides us with a much-needed compilation of this whole 'battle of myths' that began when Hubert Dreyfus presented a challenge to John McDowell’s theory of perception with his 2005 Presidential Address to the American Philosophical Association." - Eric. J. Mohr, Duquesne University, Pittsburgh, PA, USA