Mixed-mode surveys have become a standard at many statistical institutes. However, the introduction of multiple modes in one design goes with challenges to both methodology and logistics. Mode-specific representation and measurement differences become explicit and demand for solutions in data collection design, questionnaire design, and estimation. This is especially true when surveys are repeated and are input to long time series of official statistics. So how can statistical institutes deal with such changes? What are the origins of mode-specific error? And how can they be dealt with? In this book, the authors provide answers to these questions, and much more.

Bart Buelens – Bart Buelens has worked in data analytics after graduating in mathematics and obtaining a PhD in computer science. As statistician and data scientist at Statistics Netherlands he conducted research on inference in mixed-mode surveys, model-based estimation and machine learning. In 2018 he moved to VITO, a Belgian research and technology organization, where he contributes to data science research in the area of sustainability with emphasis on applied artificial intelligence.

Jan van den Brakel – After finishing a Master in Biometrics, Jan van den Brakel started as a junior methodologist at the Methodology Department of Statistics Netherlands in 1994. Based on his research work at Statistics Netherlands on design-based inference methods for randomized experiments embedded in probability samples he finalized his PhD in Statistics in 2001. In 2005 he became senior methodologist, responsible for coordinating research into model based inference methods. Since 2010 he is an Extended professor of Survey Methodology at Maastricht University. His research interest are sampling, design and analysis of experiments, small area estimation, time series analysis and statistical methods for measuring the effects of redesigns of repeated surveys.

Deirdre Giesen – Deirdre Giesen holds a master in health sciences and in sociology. She has worked as a survey methodologist at Statistics Netherlands since 2000. She is a senior methodologist and responsible for coordination of cognitive lab/userlab tests at Statistics Netherlands. Part of her work is pre-testing and evaluating questionnaires, both for businesses and household surveys. Her research interests include questionnaire testing methodology, mixed-mode mixed-device questionnaire development and the measurement and reduction of response burden.

Annemieke Luiten - Annemieke Luiten holds a Master in psychology and a PhD in survey methodology. She is a senior methodologist at Statistics Netherlands, with a specialty in data collection methodology. Her research areas comprise nonresponse reduction, fieldwork, interviewer behavior, mixed mode-surveys and the role of sensor measurement in surveys.

Barry Schouten - After a Master and PhD in Mathematics, Barry Schouten started as junior methodologist at the Methodology Department of Statistics Netherlands in 2002. In 2009, he became a senior methodologist and coordinator for research into primary data collection. His research interests gradually widened from nonresponse reduction and adjustment to multi-mode surveys, measurement error and adaptive survey design. In 2017, he became a professor at Utrecht University, holding a special chair on mixed-mode survey designs. He is one of the coordinators of a joint data collection innovation network (WIN in Dutch) between Statistics Netherlands and Utrecht University that was established in 2016.

Vivian Meertens - Vivian Meertens holds a Master and PhD in Sociology at the University Medical Centre Nijmegen and Interuniversity Centre for Social Theory and Methodology (ICS). After some years working as an associate professor at the department of Social Medical Science, she started as a survey methodologist at Statistics Netherlands in 2007. She has worked on pre-testing and evaluating of mixed mode and mixed device questionnaires for household surveys. Her research interest focuses on developments and pre-testing of several European model questionnaires measuring social phenomena to produce (inter) national social statistics. 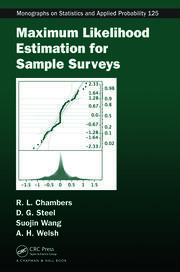 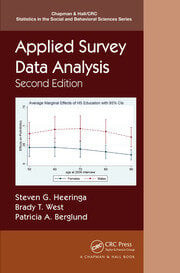 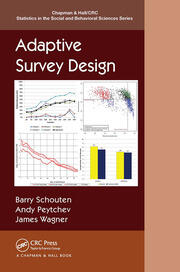