From the ox carts and pottery wheels the spacecrafts and disk drives, efficiency and quality has always been dependent on the engineer’s ability to anticipate and control the effects of vibration. And while progress in negating the noise, wear, and inefficiency caused by vibration has been made, more is needed.

Modeling and Control of Vibration in Mechanical Systems answers the essential needs of practitioners in systems and control with the most comprehensive resource available on the subject.

Written as a reference for those working in high precision systems, this uniquely accessible volume:

The modern world’s ever-growing spectra of sophisticated engineering systems such as hard disk drives, aeronautic systems, and manufacturing systems have little tolerance for unanticipated vibration of even the slightest magnitude. Accordingly, vibration control continues to draw intensive focus from top control engineers and modelers. This resource demonstrates the remarkable results of that focus to date, and most importantly gives today’s researchers the technology that they need to build upon into the future.

Chunling Du is currently researching modeling and advanced servo control of hard disk drives at the Data Storage Institute in Singapore. Lihua Xie is the Director of the Centre for Intelligent Machines and a professor at Nanyang Technological University in Singapore.

Chunling Du received her B.E. and M.E. degrees in electrical engineering from the Nanjing University of Science and Technology, Nanjing, China, in 1992, and 1995, respectively, and aPh.D degree from Nanyang Technological University, Singapore, in 2000. She is currently a senior researcher with Data Storage Institute, Singapore, where she is involved in modeling and advanced servo control of hard disk drives. Her research interests include high precision motion control, multidimensional systems, and structure health diagnosis using sensing network. She has published dozens of journal papers and the monograph H-infinity Filtering and Control of two-dimensional Systems with Professor Lihua Xie. Dr. Du is a senior member of IEEE.

Lihua Xie received his B.E. and M.E. degrees in electrical engineering from Nanjing University of Science and Technology in 1983 and 1986, respectively, and a Ph.D. degree in electrical engineering from the University of Newcastle, Australia, in 1992. Since 1992, he has been with the School of Electrical and Electronic Engineering, Nanyang Technological University, Singapore, where he is currently a professor and Director, Centre for Intelligent Machines. He concurrently holds Changjiang Professorship with the College of Automation, South China University of Technology.

Dr Xie’s research interests include robust control and estimation, networked control systems, time delay systems, control of disk drive systems and sensor networks. He has published over 170 journal papers and co-authored a number of books in his field. He is an Associate Editor of Automatica, IEEE Transactions on Control Systems Technology, the Transactions of the Institute of Measurement and Control, and an associate editor-at-large of Journal of Control Theory and Applications, and is also a member of the editorial board of IET Proceedings on Control Theory and Applications. He served as an associate editor of IEEE Transactions on Automatic Control, IEEE Transactions on Circuits and Systems-II, International Journal of Control, Automation and Systems, and on the conference editorial board for the , IEEE Control Systems Society. Dr Xie is a Fellow of IEEE and a Fellow of Institution of Engineers, Singapore. 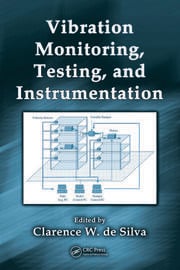 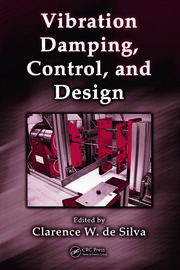