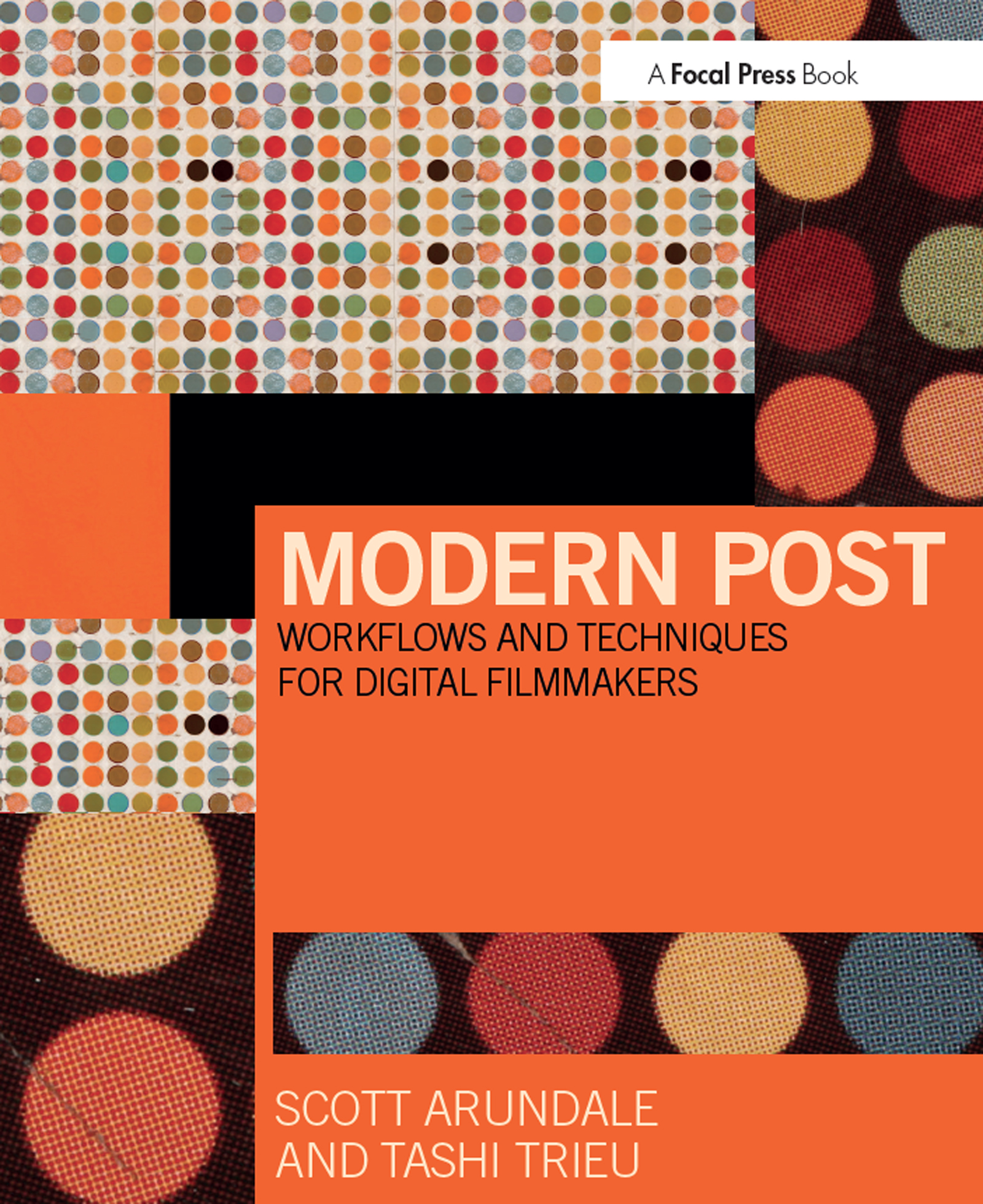 With the shift from film to digital, today’s filmmakers are empowered by an arsenal of powerful, creative options with which to tell their story. Modern Post examines and demystifies these tools and workflows and demonstrates how these decisions can empower your storytelling.

Using non-technical language, authors Scott Arundale and Tashi Trieu guide you through everything you should consider before you start shooting. They begin with a look to past methodologies starting with traditional film techniques and how they impact current trends. Next they offer a look at the latest generation of digital camera and capture systems. The authors move on to cover:

* Preproduction- what camera is best for telling your story and why, budgeting for post

The book features cutting-edge discussion about the role of the digital imaging technician (DIT), how you can best use the Cloud, motion graphics, sound design, and much more. Case studies show you these solutions being applied in real-world situations, and the companion website features videos of techniques discussed in the book, as well as timely updates about technological changes in the landscape. www.focalpress.com/cw/arundale

Scott Arundale is an Assistant Professor at Chapman University, Dodge College of Film and Media Arts with over twenty years’ experience as editor and producer of filmed entertainment in Hollywood. He is both an Apple Certified Trainer in Final Cut Pro and Avid Certified Trainer for Media Composer. Scott is an associate member of the American Cinema Editors (ACE), University of Film and Video Association (UFVA), and the Digital Cinema Society (DCS).

attended Chapman University’s Dodge College of Film and Media Arts, and received a BFA in Film Production, with an emphasis in cinematography and digital post-production. Tashi works as a freelance digital intermediate colorist and Smoke/Flame artist and has served as a digital workflow consultant on commercials and feature films.