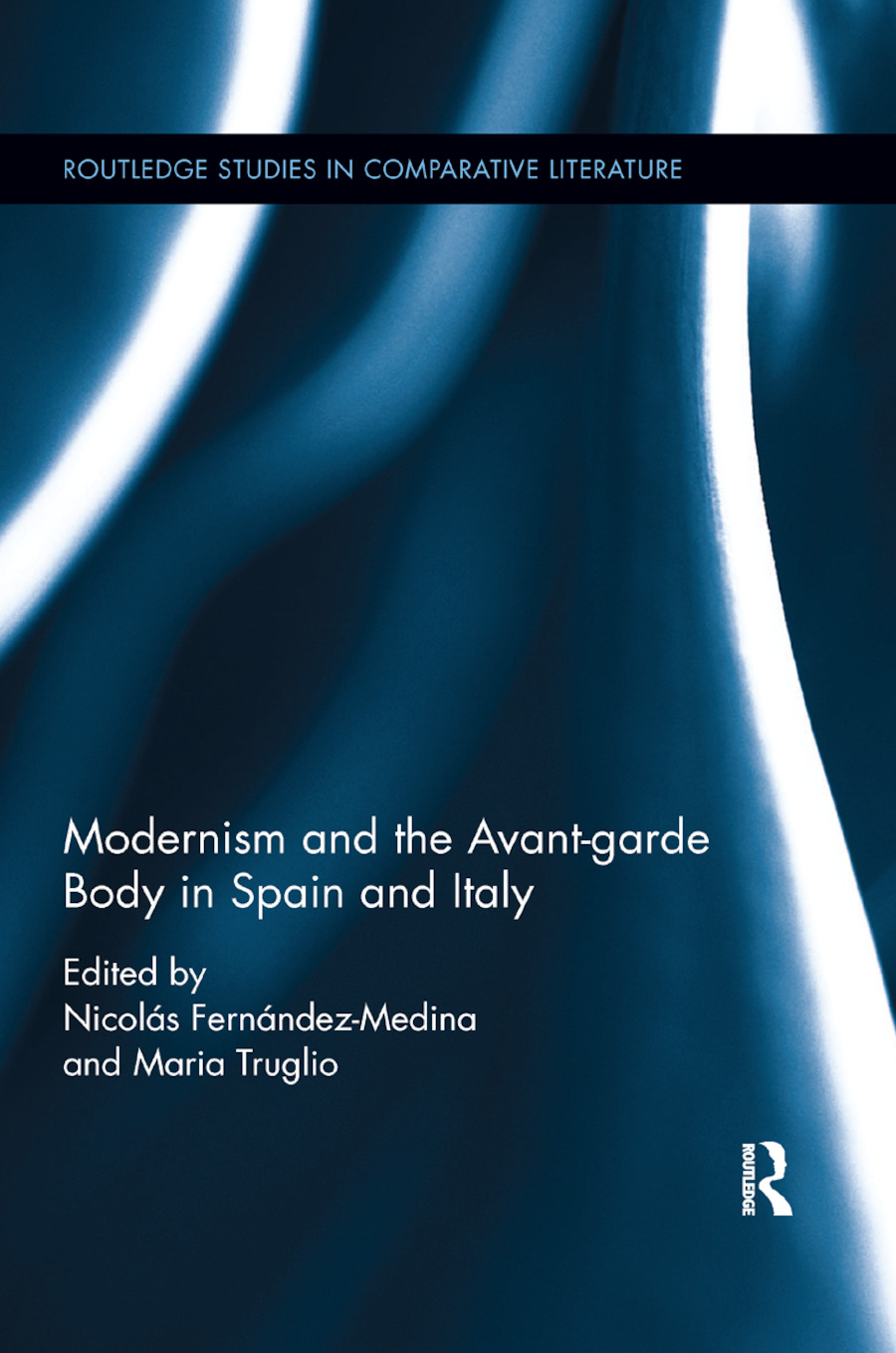 Modernism and the Avant-garde Body in Spain and Italy

This interdisciplinary volume interrogates bodily thinking in avant-garde texts from Spain and Italy during the early twentieth century and their relevance to larger modernist preoccupations with corporeality. It examines the innovative ways Spanish and Italian avant-gardists explored the body as a locus for various aesthetic and sociopolitical considerations and practices. In reimagining the nexus points where the embodied self and world intersect, the texts surveyed in this book not only shed light on issues such as authority, desire, fetishism, gender, patriarchy, politics, religion, sexuality, subjectivity, violence, and war during a period of unprecedented change, but also explore the complexities of aesthetic and epistemic rupture (and continuity) within Spanish and Italian modernisms. Building on contemporary scholarship in Modernist Studies and avant-garde criticism, this volume brings to light numerous cross-cultural touch points between Spain and Italy, and challenges the center/periphery frameworks of European cultural modernism. In linking disciplines, genres, —isms, and geographical spheres, the book provides new lenses through which to explore the narratives of modernist corporeality. Each contribution centers around the question of the body as it was actively being debated through the medium of poetic, literary, and artistic exchange, exploring the body in its materiality and form, in its sociopolitical representation, relation to Self, cultural formation, spatiality, desires, objectification, commercialization, and aesthetic functions. This comparative approach to Spanish and Italian avant-gardism offers readers an expanded view of the intersections of body and text, broadening the conversation in the larger fields of cultural modernism, European Avant-garde Studies, and Comparative Literature.

Part 1: The Fragmented Body: The Anxiety of Fulfilment

1. A Return to the Body: On Fetishism and the Inscrutable Feminine in Ramón Gómez de la Serna’s Senos

2. But who is playing this game? Massimo Bontempelli’s La scacchiera davanti allo specchio and Children’s Literature

Part 2: The Borderless Body: Charting the Corporeal and the Discursive

7. Nature and the Madman: Mysticism and Modernism in Pirandello’s Fiction

Part 3: The Discovered Body: Knowledge and the Constructs of Resistance

9 Women, Sexuality, Politics, and the Body in the Futurist Avant-garde during the Great War

11. Eco-futurism? Some Thoughts on Nature, Matter, and Body in F. T. Marinetti

Nicolás Fernández-Medina is Associate Professor of Spanish at Penn State. He earned his PhDs from Stanford University. He is the author of The Poetics of Otherness in Antonio Machado’s ‘Proverbios y cantares’ (Cardiff: U of Wales P) and Body of Life: Vital Force and the Building of Spanish Modernity (McGill-Queen’s UP, under contract).

Maria Truglio is Associate Professor of Italian and of Women’s, Gender, and Sexuality Studies at Penn State. She earned her BA (1992) from Wesleyan University and her PhD (2001) from Yale University. She is the author of Beyond the Family Romance: The Legend of Pascoli (University of Toronto Press, 2007).