Modernism on Stage
The Ballets Russes and the Parisian Avant-Garde 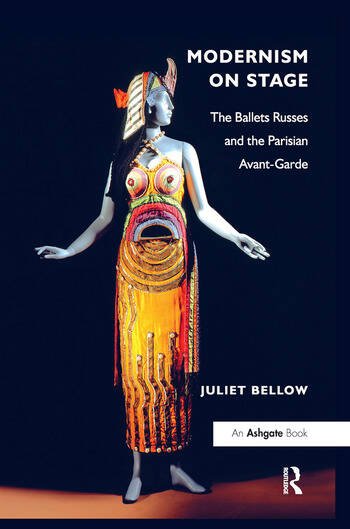 Modernism on Stage: The Ballets Russes and the Parisian Avant-Garde

Modernism on Stage restores Serge Diaghilev’s Ballets Russes to its central role in the Parisian art world of the 1910s and 1920s. During those years, the Ballets Russes’ stage served as a dynamic forum for the interaction of artistic genres - dance, music and painting - in a mixed-media form inspired by Richard Wagner’s Gesamtkunstwerk (total work of art). This interdisciplinary study combines a broad history of Diaghilev’s troupe with close readings of four ballets designed by canonical modernist artists: Pablo Picasso, Sonia Delaunay, Henri Matisse, and Giorgio de Chirico. Experimental both in concept and form, these productions redefine our understanding of the interconnected worlds of the visual and performing arts, elite culture and mass entertainment in Paris between the two world wars. This volume traces the ways in which artists working with the Ballets Russes adapted painterly styles to the temporal, three-dimensional and corporeal medium of ballet. Analyzing interactions among sets, costumes, choreography, and musical accompaniment, the book establishes what the Ballets Russes' productions looked like and how audiences reacted to them. Juliet Bellow brings dance to bear upon modernist art history as more than a source of imagery or ornament: she spotlights a complex dialogue among art forms that did not preclude but rather enhanced artists’ interrogation of the limits of medium.

'... a comprehensive, densely argued examination of the Ballets Russes in its relation to French avant-garde art... Summing Up: Recommended.' Choice

'Elegantly written and sumptuously illustrated, this wonderful book offers a fascinating journey through the rich intersections between music, painting, the decorative arts, and performance on the Ballets Russes stage. What is at stake here is no less than a rethinking of the concept of modernism from an intermedial perspective. Modernism on Stage is a tour de force not to be missed by anyone interested in the Ballets Russes and the Parisian avant-garde.' French Studies

'The Ballets Russes offered Picasso, Delaunay, Matisse and De Chirico (and their collaborative colleagues) a forum in which to test out key stylistic and conceptual properties of their painterly practice, and these are explored intelligibly and supported by a good number of helpful illustrations. These new perspectives on Diaghliev’s troupe are invaluable to anyone interested in the Ballets Russes, the plastic arts and design, or the interaction between the arts and ballet in early twentieth-century Paris.' H-France Review

'Bellow identifies her study as a scholarly Gesamtkunstwerk because of its interdisciplinarity, which is admirable in its breadth and fruitful in producing interpretive insights. Eloquently written, richly illustrated, and printed on glossy paper, the book is an artistic delight in itself.' Russian Review

'... Bellow successfully argues that the Ballets Russes, in employing avant-garde artists and designers as diverse as Picasso, Delaunay, Matisse and de Chirico, "transposed the hermetic visual language of high modernism to the stage" and created a new "dialogue with elements long held to be anti-modernist: duration and dimension, figuration and embodiment, kinesthetics and empathy"...' Journal of Design History

'It is no easy task to find one’s own place in this cacophony of interpretations and emphasises, but Juliet Bellow’s Modernism on Stage: The Ballets Russes and the Parisian Avant-garde succeeds in doing so. ... Bellow is at her strongest in discussing Matisse’s design scheme for Le Chant du rossignol and de Chirico’s collaboration on Le Bal.' Studies in Costume & Performance