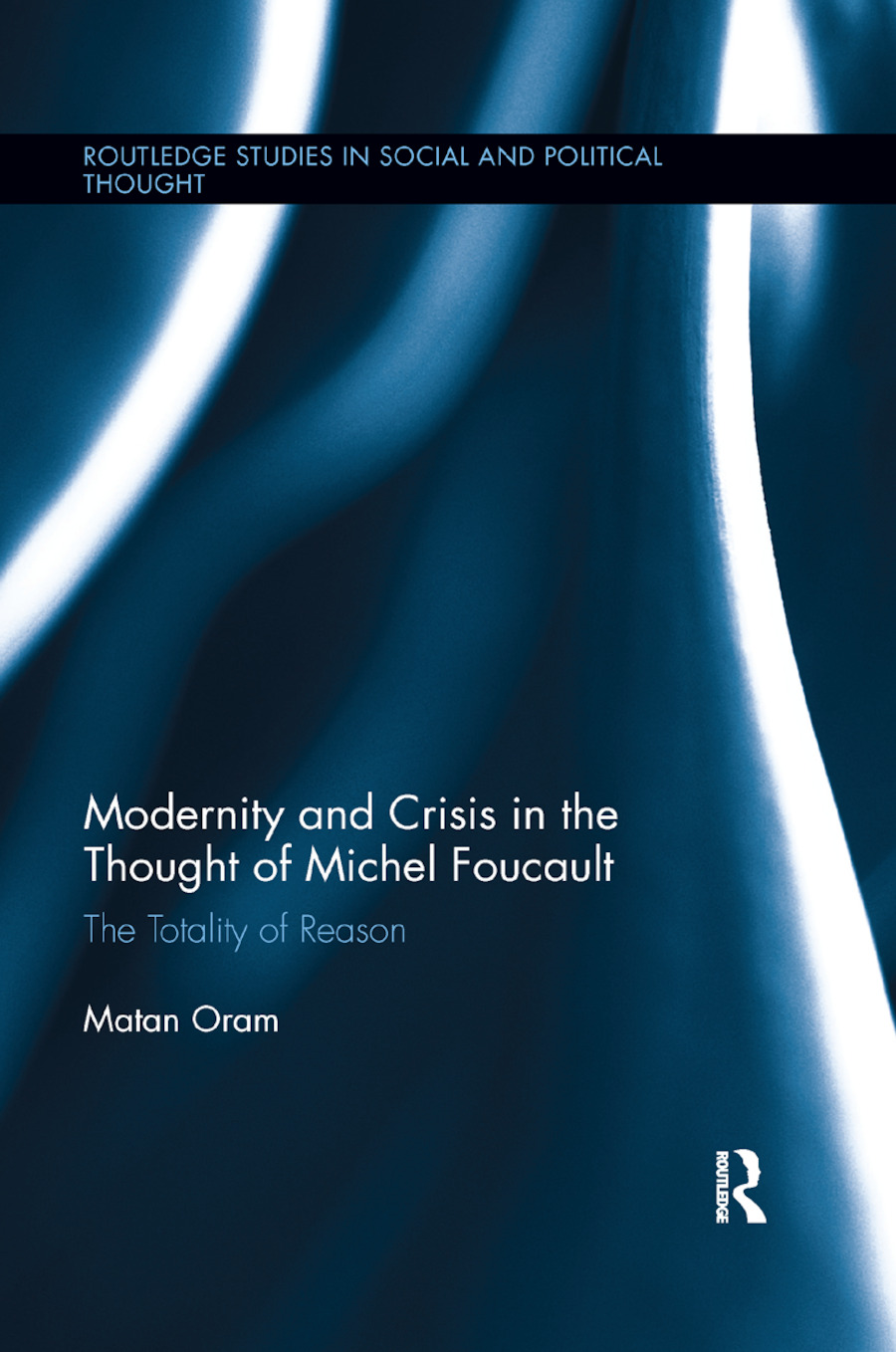 Modernity and Crisis in the Thought of Michel Foucault

The Totality of Reason, 1st Edition

Few studies of Foucault have examined his thought from a sustained interdisciplinary perspective. Through the interpretative prism of the concept of the‘Totality of Reason’, this book suggests an original analytical reading of Foucault's thought.

This book addresses Foucault’s characterizations of the Enlightenment, asking whether the developmental history of the modern conception of knowledge – from the Renaissance to the Enlightenment – warrants the conclusion he draws. From the perspective of a critical evaluation of Foucault's thesis on ‘the crisis of modernity’, the book examines whether Foucault, the philosophical and social critic, truly belongs to those intellectual trends known as a ‘deconstruction’ and ‘post-modernism’ that advocate a wholesale rejection of the project of modernity, demonstrating how a classification of this kind contributes to an impoverishment of our understanding of Foucault's thought.

This book will attract the attention of readers interested in Foucault, and what is broadly perceived to be the ‘crisis of modernity’. It will appeal to scholars and advanced students of sociology, political philosophy and political science, psychology, philosophy, interdisciplinary studies and cultural studies.

PART I: Rationalism and Critical Thought

1. The Beginnings of Critical Thought

2. The Limits of Rationalism

3. The Enlightenment – between the Horizon of Hope and the Anatomy of Despair

PART II: Michel Foucault and the Critical Discourse on Modernity: The Roots of Disciplinary Violence

5. The Manipulative Power of Reason

7. The Human and the Scientific: The Invention of Man

8. The Social Discourse – Criticism or Negation?

10. Parrhesia and the Changing Political Imagination

11. Conclusion: The Totality of Reason

Matan Oram is Senior Lecturer at the Academic College of Tel Aviv-Yaffo, Israel.