Molluscan Paleontology of the Chesapeake Miocene

Molluscan Paleontology of the Chesapeake Miocene

The Chesapeake Miocene will always be considered a paleontological treasure. Given the richness and accessibility of the Maryland and Virginia Miocene shell beds, it seems remarkable that very few people have ever described new species from these strata over the past 185 years. Until now. Integrating elements from paleontology, geology, environmental science, and ecology, Molluscan Paleontology of the Chesapeake Miocene assembles previous research and the authors’ experience into a synoptic field guide.

The most complete compendium of Miocene species created since 1904, this long-awaited resource lists nearly 500 species. It contains illustrations of 260 species, including more than 60 not found in any previous book and 26 newly discovered. It describes Chesapeake molluscan faunas in terms of local geology, paleoceanography, and marine paleobiology. Organized by stratigraphic geology, the book covers fossils of the Eastover, St Mary’s, Choptank, and Calvert Formations. It illustrates 24 collecting sites and fossil exposures, showing details of in situ specimens, along with maps of 4 Miocene paleoseas and detailed stratigraphic columns for Maryland and northern Virginia. The text is accompanied by downloadable resources with color illustrations of the forty known species of ecphora shells. Armed with these, you should be able to identify the species found in the amazingly rich shell beds of the Chesapeake Bay area.

Authors Edward J. Petuch and Mardie Drolshagen are professors in the Department of Geosciences at Florida Atlantic University in Boca Raton.

[Edward Petuch] is without peer in regards to the molluscan faunas on both sides of the Atlantic Ocean … arguably, the most important tome to have been produced on the molluscs, living and fossil, of eastern North America. Ed's work will become 'the Bible' of those who wish to trace the pattern of changes of marine climate … the essential backdrop against which future marine climatic change in the shallower portion of the Atlantic Ocean will be hypothesised. The Mollusca provide the elegant key to unlocking this story.
—John A. Talent, Emeritus Professor of Earth and Planetary Sciences, Macquarie University, Australia

… continues and builds upon the thorough work on Molluscan fossil assemblages of the eastern seaboard produced by Petuch and co-authors .... Given the significant advances in sciences ranging from geology to systematic biology over the intervening century, an update is sorely needed. This publication has a number of collector friendly suggestions, including details of productive collection sites.
—M.G. Harasewych, Curator of Marine Mollusca, National Museum of Natural History, Smithsonian Institution, Washington, D.C. 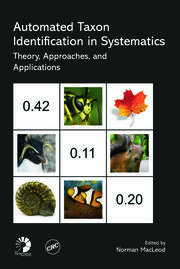 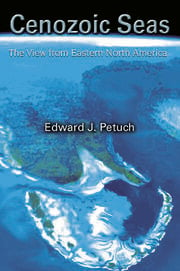 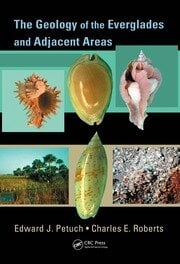