Monitoring the Health of Populations by Tracking Disease Outbreaks: Saving Humanity from the Next Plague

With COVID-19 sweeping across the globe with near impunity, it is thwarting governments and health organizations efforts to contain it.  Not since the 1918 Spanish Flu have citizens of developed countries experienced such a large-scale disease outbreak that is having devastating health and economic impacts. One reason such outbreaks are not more common has been the success of the public health community, including epidemiologists and biostatisticians, in identifying and then mitigating or eliminating the outbreaks.

Monitoring the Health of Populations by Tracking Disease Outbreaks: Saving Humanity from the Next Plague is the story of the application of statistics for disease detection and tracking. The work of public health officials often crucially depends on statistical methods to help discern whether an outbreak may be occurring and, if there is sufficient evidence of an outbreak, then to locate and track it. Statisticians also help collect critical information, and they analyze the resulting data to help investigators zero in on a cause for a disease.  With the recent outbreaks of diseases such as swine and bird flu, Ebola, and now COVID-19, the role that epidemiologists and biostatisticians play is more important than ever.

·        Discusses the crucial roles of statistics in early disease detection.

·        Outlines the concepts and methods of disease surveillance.

·        Covers surveillance techniques for communicable diseases like Zika and chronic diseases such as cancer.

·        Gives real world examples of disease investigations including smallpox, syphilis, anthrax, yellow fever, and microcephaly (and its relationship to the Zika virus).

Via the process of identifying an outbreak, finding its cause, and developing a plan to prevent its reoccurrence, this book tells the story of how medical and public health professionals use statistics to help mitigate the effects of disease.  This book will help readers understand how statisticians and epidemiologists help combat the spread of such diseases in order to improve public health across the world.

Steps in Investigating an Outbreak

Smallpox and the Aralsk Incident

Syphilis and the Internet

Discovering the Cause of Yellow Fever

Dr. Steven E. Rigdon is a professor in the Department of Epidemiology and Biostatistics in the College for Public Health & Social Justice at Saint Louis University. He holds a Ph.D. and an M.A. in Statistics from the University of Missouri-Columbia, as well as an M.A. and B.A. in Mathematics, from the University of Missouri-St. Louis. He is also Distinguished Research Professor Emeritus in the Department of Mathematics and Statistics at Southern Illinois University Edwardsville. Author of several books, including Statistical Methods for the Reliability of Repairable Systems published by John Wiley & Sons, and Calculus, 8th Ed. published by Pearson, Dr. Rigdon has published more than 80 peer-reviewed journal articles and book chapters. He is a Fellow of the American Statistical Association (ASA) and a member of the International Society for Disease Surveillance. He is also editor of Journal of Quantitative Analysis in Sports. In his spare time, Dr. Rigdon plays the french horn and trumpet and he is an ice hockey official.

Dr. Ronald D. Fricker, Jr. is the Associate Dean for Faculty Affairs and Administration in the Virginia Tech College of Science. He is also a professor in the Virginia Tech Department of Statistics and is a past head of the department. He holds a Ph.D. and an M.S. in Statistics from Yale University, an M.S. in Operations Research from The George Washington University and a bachelor’s degree from the United States Naval Academy. Author of Introduction to Statistical Methods for Biosurveillance published by Cambridge University Press and nearly 100 papers, monographs, reports, and articles, Dr. Fricker is Fellow of the American Statistical Association and an Elected Member of the International Statistical Institute. He is a former chair of the Section on Statistics in Defense and National Security and a former chair of the Committee on Statisticians in Defense and National Security, both of the ASA. 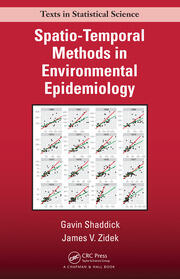 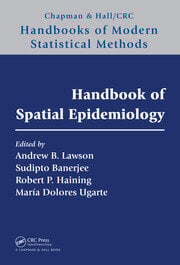