Monograph on Brachystelma and Ceropegia in India

Monograph on Brachystelma and Ceropegia in India

and In Vitro Propagation Studies in Brachystelma Species

9. Threats and Conservation of Brachystelma and Ceropegia in India

10. Contributors for the Taxonomy of Indian Brachystelma and Ceropegia

T. Pullaiah, PhD, is a former Professor at the Department of Botany at SriKrishnadevaraya University in Andhra Pradesh, India, where he has taught for more than 35 years. He has held several positions at the university, including Dean, Faculty of Biosciences, Head of the Department of Botany, Head of the Department of Biotechnology, and Member of Academic Senate. He was President of Indian Botanical Society (2014), President of theIndian Association for Angiosperm Taxonomy (2013) and Fellow of Andhra Pradesh Akademi of Sciences. He was awarded the Panchanan Maheshwari Gold Medal, the Dr. G. Panigrahi Memorial Lecture award of the Indian Botanical Society and Prof. Y.D. Tyagi Gold Medal of the Indian Association for Angiosperm Taxonomy, and a Best Teacher Award from Governmentof Andhra Pradesh. Under his guidance 54 students obtained their doctoral degrees. He has authored 51 books, edited 18 books, and published over 330 research papers, including reviews and book chapters. His books include Ethnobotany of India (5 volumes published by Apple AcademicPress), Flora of Andhra Pradesh (5 volumes), Flora of Eastern Ghats (4 volumes), Flora of Telangana (3 volumes), Encyclopaedia of World MedicinalPlants (5 volumes, 2nd edition), and Encyclopaedia of Herbal Antioxidants (3 volumes). He was also a member of Species Survival Commission of the International Union for Conservation of Nature (IUCN). Professor Pullaiah received his PhD from Andhra University, India, attended Moscow StateUniversity, Russia, and worked as Post Doctoral Fellow during 1976–78.

Dr. Karuppusamy obtained his M.Sc. degree from Madurai Kamaraj University, Madurai and Ph.D. degree from Gandhigram Rural Institute, Deemed University, Tamil Nadu. Later on he worked as Post Doctoral Fellow in the Department of Biotechnology, and Research Associate in the Department of Botany, Sri Krishnadevaraya University, Anantapur. He has published more than 120 research papers in reputed journals and co-authored five books – Flora of Eastern Ghats volume 3 and 4, Flora of Andhra Pradesh volume 5, Revised Flora of Andhra Pradesh Volume 3 and Caralluma (Sensu lato). He is the recipient of Prof. Y. S. Murthy Gold Medal from Indian Botanical Society and Rolla S. Rao award from Indian Association for Angiosperm Taxonomy. He is a Fellow of Indian Association for Angiosperm Taxonomy and Indian Botanical Society. He is the Principal Investigator of 3 major Research Projects funded by UGC, SERB and NIF. Under his guidance, 4 students obtained their Ph. D. degrees.

Dr. Sri Rama Murthy did his Master’s degree (1994) in Botany from Acharya Nagarjuna University and thereafter obtained his Ph.D., (1998) from Sri Krishnadevaraya University, Anantapur. He was awarded DST – SERC Young Scientist Project (2004-2006) in the field of Domestication of wild relatives of cultivated legumes for food and agriculture. He worked as Professor and Head, Department of Botany, Andhra Loyola College, Vijayawada for 4 years and Professor and Head, Department of Biotechnology for 8 years in Montessori Mahila Kalasala, Vijayawada. He is the Principal Investigator for 2 UGC and 2 CSIR projects and completed successfully. Under his guidance 6 students were awarded Ph.D., and 7 students their M. Phil. Degrees. He is the co-author of Flora of Andhra Pradesh Volume 2 and Flora of Eastern Ghats Volume 2 and 3. He has published 110 scientific research papers in nationally and internationally reputed journals and also filed 5 Indian patents. He is life member of International Society of Plant Morphologists and Association of Biotechnology and Pharmacy. 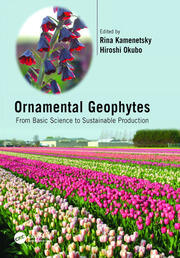