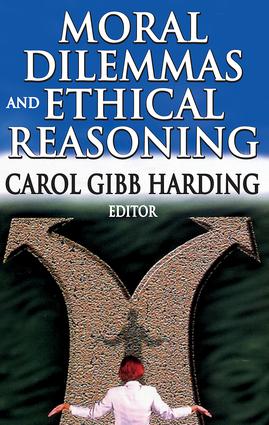 This book deals with moral dilemmas and the development of ethical reasoning in two senses. First, the editor focuses on dilemmas, both real and hypothetical, which require moral judgments. The ""Heinz dilemma,"" part of Kohlberg's scoring system for level of moral development, is in some cases used as a point of departure for discussion. Problems with this particular dilemma as a scoring item are examined in detail, along with problems generated by similar dilemmas for moral reasoning in everyday life.

Those who study moral reasoning and its development are in somewhat of a dilemma as they attempt to integrate information from the domains of philosophy and psychology. These essays investigate domain issues in varied cultural settings, and across genders and age ranges for what have been proposed as universals in moral judgment, as well as formulate theories that reflect both empirical evidence and logical process.

The essays share a conception of human nature as inherently social, as well as a healthy respect for the problems or dilemmas which human sociality carries in its wake. Some of these problems are theoretical, such as those having to do with the moral reasoning or the classic issues of values justification. Other problems are practical, such as those having to do with distributive justice or methods of moral education. This volume will shed light on the process of resolving dilemmas both within philosophy and psychology.