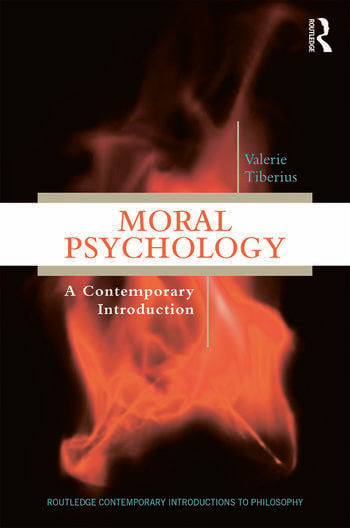 This is the first philosophy textbook in moral psychology, introducing students to a range of philosophical topics and debates such as: What is moral motivation? Do reasons for action always depend on desires? Is emotion or reason at the heart of moral judgment? Under what conditions are people morally responsible? Are there self-interested reasons for people to be moral? Moral Psychology: A Contemporary Introduction presents research by philosophers and psychologists on these topics, and addresses the overarching question of how empirical research is (or is not) relevant to philosophical inquiry.

Valerie Tiberius is Professor of Philosophy at the University of Minnesota

"Valerie Tiberius’s book is an instant classic—the definitive introductory textbook on philosophical moral psychology. It is wide-ranging and authoritative, synthesizing an enormous amount of information, both scientific and philosophical. It’s also a lot of fun. With her trademark wit and levelheadedness, Tiberius introduces readers to moral philosophy’s most challenging problems and explains how recent scientific discoveries are casting these old problems in a new light. This book is beautifully written, filled with colorful examples that convey Tiberius’ hard-won insights. Each of these chapters is fascinating in its own right, and together they tell a remarkable story that is just beginning. It’s hard to imagine a better introduction to this exciting and rapidly advancing field."

"This is the only text of which I'm aware—the very first one—on moral psychology. It addresses issues at the intersection of agency and normativity. It is a lively, well-written, thoughtful book that is perfect for upper-division undergraduate courses. It is also a good book to bring graduate students and even scholars up to speed on the issues in this area. Highly recommended."

"Several recent volumes offer collections of readings in the exciting interdisciplinary field of moral psychology, and lots more courses now cover the difficult questions arising at the intersection of philosophy (meta-ethics, moral theory, action theory) and psychology (and other mind sciences). But until now, there has been no text to introduce students to these questions or to guide them through these readings. Valerie Tiberius is an intelligent, clear, and engaging guide. In Moral Psychology: A Contemporary Introduction, she covers a wide range of topics, including moral motivation, virtue, well-being and responsibility, and she manages both to present competing views fairly and  to take a stand on which views she favors. Students will learn a great deal from this book. I certainly did."