Metaheuristics are widely used to solve important practical combinatorial optimization problems. Many new multicast applications emerging from the Internet-such as TV over the Internet, radio over the Internet, and multipoint video streaming-require reduced bandwidth consumption, end-to-end delay, and packet loss ratio. It is necessary to design and to provide for these kinds of applications as well as for those resources necessary for functionality.

Multi-Objective Optimization in Computer Networks Using Metaheuristics provides a solution to the multi-objective problem in routing computer networks. It analyzes layer 3 (IP), layer 2 (MPLS), and layer 1 (GMPLS and wireless functions). In particular, it assesses basic optimization concepts, as well as several techniques and algorithms for the search of minimals; examines the basic multi-objective optimization concepts and the way to solve them through traditional techniques and through several metaheuristics; and demonstrates how to analytically model the computer networks presented within the text.

The book then focuses on the multi-objective models in computer networks, optical networks, and wireless networks and the applied way they can be solved. This resource also contains annexes that present the source code to solve the mathematical model problems present in the book through solvers and source codes programmed in C language, which solve some of the multi-objective optimization problems presented in the book.

ANNEX A
ANNEX B
ANNEX C

Yezid Donoso, Ph.D., is a professor at the Universidad del Norte in Barranquilla, Colombia, South America. He teaches courses in computer networks and multi-objective optimization. He is also a director of the computer network postgraduate program and the master program in system and computer engineering. In addition, he is a consultant in computer network and optimization for Colombian industries. He earned his bachelor’s degree in system and computer engineering from the Universidad del Norte, Barranquilla, Colombia, in 1996; M.Sc. degree in system and computer engineering from the Universidad de los Andes, Bogotá, Colombia, in 1998; D.E.A. in information technology from Girona University, Spain, in 2002; and Ph.D. (cum laude) in information technology from Girona University in 2005. Dr. Donoso is a senior member of IEEE as well as a distinguished visiting professor (DVP) of the IEEE Computer Society. His biography has been published in Who’s Who in the World (2006) and Who’s Who in Science and Engineering (2006) by Marquis, U.S.A. and in 2000 Outstanding Intellectuals of the 21st Century (2006) by International Biographical Centre, Cambridge, England. His awards include the title of distinguished professor from the Universidad del Norte (October 2004) and the National Award of Operations research from the Colombian Society of Operations Research (2004). Ramon Fabregat, Ph.D., earned his degree in computer engineering from the Universitat Autónoma de Barcelona (UAB), Spain, and his Ph.D. in information technology (1999) from Girona University, Spain. Currently, he is a professor in the electrical engineering, computer science, and automatic control departments and a researcher at the Institute of Informatics and Applications at Girona University. His teaching duties include graduate- and postgraduate-level courses on operating systems, computer communication networks, and the performance evaluation of telecommunication systems. His research interests are in the fields of management and performance evaluation of communication networks, network management based on intelligent agents, MPLS and GMPLS, and adaptive hypermedia systems. He coordinated the participation of broadband communications and distributed systems research group (BCDS) in the ADAPT Plan project (a Spanish national research project). He is a member of the Spanish Network of Excellence in MPLS/GMPLS networks, which involves several Spanish institutions. He has participated in the technical program committees of several conferences and has coauthored several papers published in international journals and presented at leading international conferences. 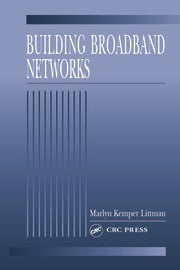 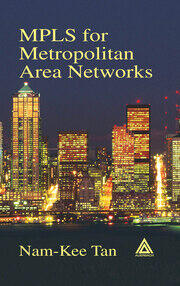 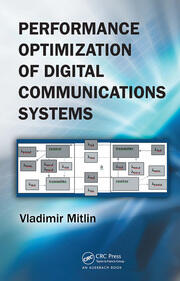