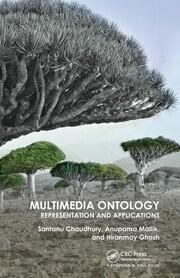 The result of more than 15 years of collective research, Multimedia Ontology: Representation and Applications provides a theoretical foundation for understanding the nature of media data and the principles involved in its interpretation. The book presents a unified approach to recent advances in multimedia and explains how a multimedia ontology can fill the semantic gap between concepts and the media world. It relays real-life examples of implementations in different domains to illustrate how this gap can be filled.

The book contains information that helps with building semantic, content-based search and retrieval engines and also with developing vertical application-specific search applications. It guides you in designing multimedia tools that aid in logical and conceptual organization of large amounts of multimedia data. As a practical demonstration, it showcases multimedia applications in cultural heritage preservation efforts and the creation of virtual museums.

The book describes the limitations of existing ontology techniques in semantic multimedia data processing, as well as some open problems in the representations and applications of multimedia ontology. As an antidote, it introduces new ontology representation and reasoning schemes that overcome these limitations. The long, compiled efforts reflected in Multimedia Ontology: Representation and Applications are a signpost for new achievements and developments in efficiency and accessibility in the field.

Santanu Chaudhury did his BTech (1984) in Electronics and Electrical Communication Engineering and PhD (1989) in Computer Science and Engineering from Indian Institute of Technology (IIT), Kharagpur, India. Currently, he is a professor in the Department of Electrical Engineering at IIT Delhi. He was also Dean, Undergraduate Studies at IIT Delhi. He was awarded INSA medal for young scientists in 1993. He is a fellow of Indian National Academy of Engineering and National Academy of Sciences, India. He is also a fellow of the International Association of Pattern Recognition. His research interests are in the areas of Computer Vision, Artificial Intelligence and Multimedia Systems. He has published more than 150 papers in international journals and conference proceedings. He has been on the programme committee of a number of international conferences, including ICCV, ACCV, ICPR, ICVGIP, and PReMI.

did her BSc (1986) in Physics and Masters in Computer Applications (1989) from Delhi University, and PhD (2012) in Electrical Engineering from the Indian Institute of Technology (IIT), Delhi. Her PhD thesis dealt with ontology based exploration of multimedia contents. She is associated with Multimedia research group of the Electrical Engineering Department, IIT Delhi and has worked as a Research Scientist in projects sponsored by the Department of Science and Technology, Government of India. Her current research interests include Semantic web based applications, multimedia ontology, ontology applications in Internet of Things, and in cultural heritage preservation. She is a visiting faculty at the Indraprastha Institute of Information Technology, Delhi (IIIT-D). She is a member of the ACM.

is a principal scientist with TCS Innovation Labs Delhi and leads its multimedia research track. He received his PhD from IIT, Delhi and his BTech and BSc degrees from the University of Calcutta. His current research interests include multimedia systems, knowledge representation and reasoning, semantic web, intelligent agents, cognitive models and robotics. He is an adjunct faculty member of the Electrical Engineering Department of IIT, Delhi and is associated with its multimedia research group. He is a member of the academic advisory committee of IIT, Ropar. He is a senior member of the Institute of Electrical and Electronics Engineers (IEEE), and a member of ACM and IUPRAI.