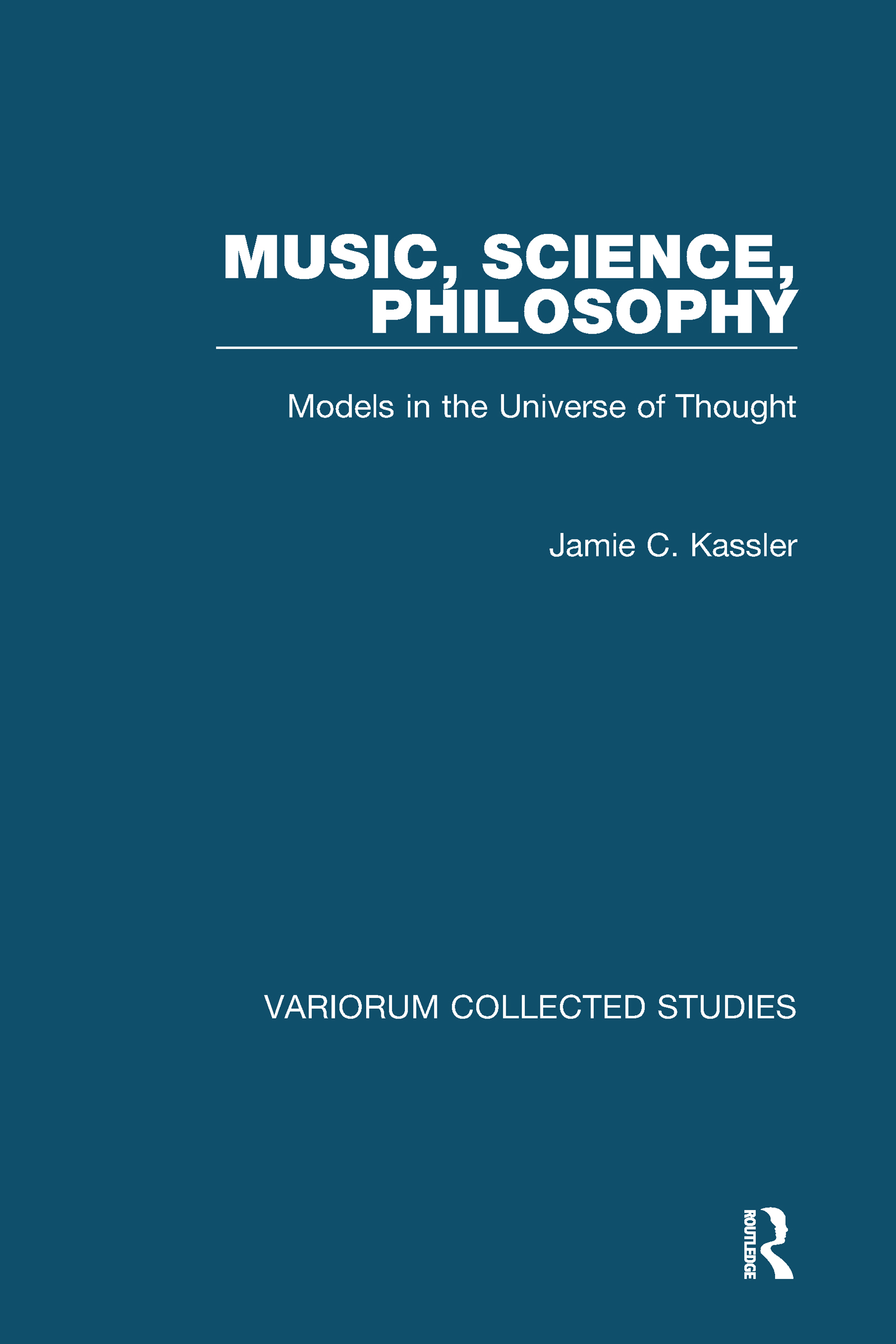 Models in the Universe of Thought, 1st Edition

This book stresses the interrelatedness of knowledge by extricating models that cut across traditional disciplinary boundaries. For example, science can find models from the technology and semantic field of music, music can find its models from the technology and semantic field of science, and each domain may be guided by a philosophical or metaphysical principle - thus, the title of the book. But the book itself is structured as a mirror image of its title. Chapters 1-6 provide instances of the role of music in such domains as epistemology and logic, as well as in the early modern sciences of developmental biology, continuum mechanics, anatomy and physiological psychology, whereas Chapters 7-10 provide instances of what some other domains of knowledge have given back to the philosophy and theory of music.

'This volume is an invaluable resource for scholars who want to learn more about the role of musical models in philosophical and scientific thought from Pythagoras to Popper… like a collection of brilliant Chopin mazurkas, the chapters are best sampled one or two at a time, in different combinations.' British Journal for the History of Science

'…of special interest is Kassler's reminder to readers that what is often taken to be the "scientific" aspect of music […] has associations no less mythical than those of "Dionysian" passion and irrationality.' Annals of Science

‘It is without qualification an excellent reference for academic libraries and general readers interested in the history of ideas. Kassler is competent in the areas of history, method and philosophy of science… This book is a welcome addition to a contemporary discussion of music, philosophy and science… It is composed of two basic elements of good academic worth; that is, methodical, well-structured information derived from primary and secondary texts and a guide for further research. It is impressive in its cross-disciplinary approach and the wealth of knowledge Kassler can call upon is truly extensive… This book comes highly recommended and would be a valuable addition to any academic library or to the collection of a general reader with an interest in physics and music.’ Musicology Australia

Contents: Preface; Apollo or Dionysus? Music and the growth of knowledge; A conjunction of concepts: music and the emergence of probability; Making inferences: music and the mechanisation of logic; The ovum as initial datum: Harvey, starting points and creativity; On the stretch: Hobbes, mechanics and the shaking palsy; Blowing the organ: Willis, hydro-pneumatics and hierarchy; The science of music to 1830; Music as matter in motion; Music as unfolding life; The problem of ’musical ear’; Index.