Music and Traditions of the Arabian Peninsula
Saudi Arabia, Kuwait, Bahrain, and Qatar 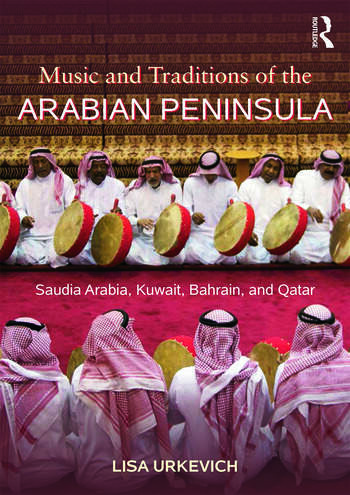 Music and Traditions of the Arabian Peninsula: Saudi Arabia, Kuwait, Bahrain, and Qatar

Music and Traditions of the Arabian Peninsula provides a pioneering overview of folk and traditional urban music, along with dance and rituals, of Saudi Arabia and the Upper Gulf States of Kuwait, Bahrain, and Qatar. The nineteen chapters introduce variegated regions and subcultures and their rich and dynamic musical arts, many of which heretofore have been unknown beyond local communities. The book contains insightful descriptions of genres, instruments, poetry, and performance practices of the desert heartland (Najd), the Arabian/Persian Gulf shores, the great western cities including Makkah and Medinah, the southwestern mountains, and the hot Red Sea coast. Musical customs of distinctive groups such as Bedouin, seafarers, and regional women are explored. The book is packaged with an audio CD and almost 200 images including a full color photo essay, numerous music transcriptions, a glossary with over 400 specialized terms, and original Arabic script alongside key words to assist with further research. This book provides a much-needed introduction and organizational structure for the diverse and complex musical arts of the region.

Lisa Urkevich Ph.D. is a professor of Musicology/Ethnomusicology and Chair of the Department of Music and Drama at the American University of Kuwait where she teaches courses on music and rituals of Saudi Arabia and the Gulf States.

'The rich and varied music and folk-dance traditions of Saudi Arabia, Kuwait, Bahrain and Qatar are little known outside the eastern peninsular region itself. This pioneering and detailed guidebook to those arts is appropriate for both general readers and specialists. It covers the song and dance traditions of Bedouin tribes and villagers, the sophisticated music of the cities, and the songs of seafarers and pearl divers. Included are several accounts of women’s wedding traditions, as well as a cd with 31 excellent audio examples... For anyone seekinga greater understanding of the traditional folk arts of the Arabian Peninsula, including those performed annually at the Saudi Janadriyah festival, this will also be a useful guide.' —Kay Hardy Campbell, Aramco World Magazine

'The Arabian Peninsula is complex and has always been so. This fine volume by Lisa Urkevich opens more doors to understanding the region than you might expect...Urkevich's writing is lucid and informative, [and] visually laid out better than most; it offers guideposts but lets the reader dive into any chapter without the need for reading earlier chapters...I highly recommend Music and Traditions of the Arabian Peninsula.' —Richard Dorsett, RootsWorld

'This is an ambitious, well-researched and ground-breaking survey. The scope of the work is vast, the result of a rich ethnography which creates an impressive distillation of the results of many years of study. It also constitutes a significant documentation of an area hitherto inadequately researched, providing us with a major scholarly contribution to the field.' —British-Kuwait Friendship Society Book Prize in Middle Eastern Studies

"Urkevich (American Univ. of Kuwait) has written an excellent introduction to music and traditions in various regions of the Arabian Peninsula. (...) Musicologists will appreciate the historical background of music styles of the geographic area—information sustained by transcriptions of folk songs both vocal and instrumental.  Ethnomusicologists will find that the book provides sufficient information with which to address the focal question of the field: why is the music the way it is? (...) Summing Up: Recommended" - K. W. Mukuna, Kent State University in CHOICE

"Lisa Urkevich has written an impressive introductory source for those who wish to explore the musical genres of the Arabian Peninsula. The book is based on the author’s fieldwork and personal experiences, and presented in a semi-textbook format for wider readership." - Issa Boulous, Harper College