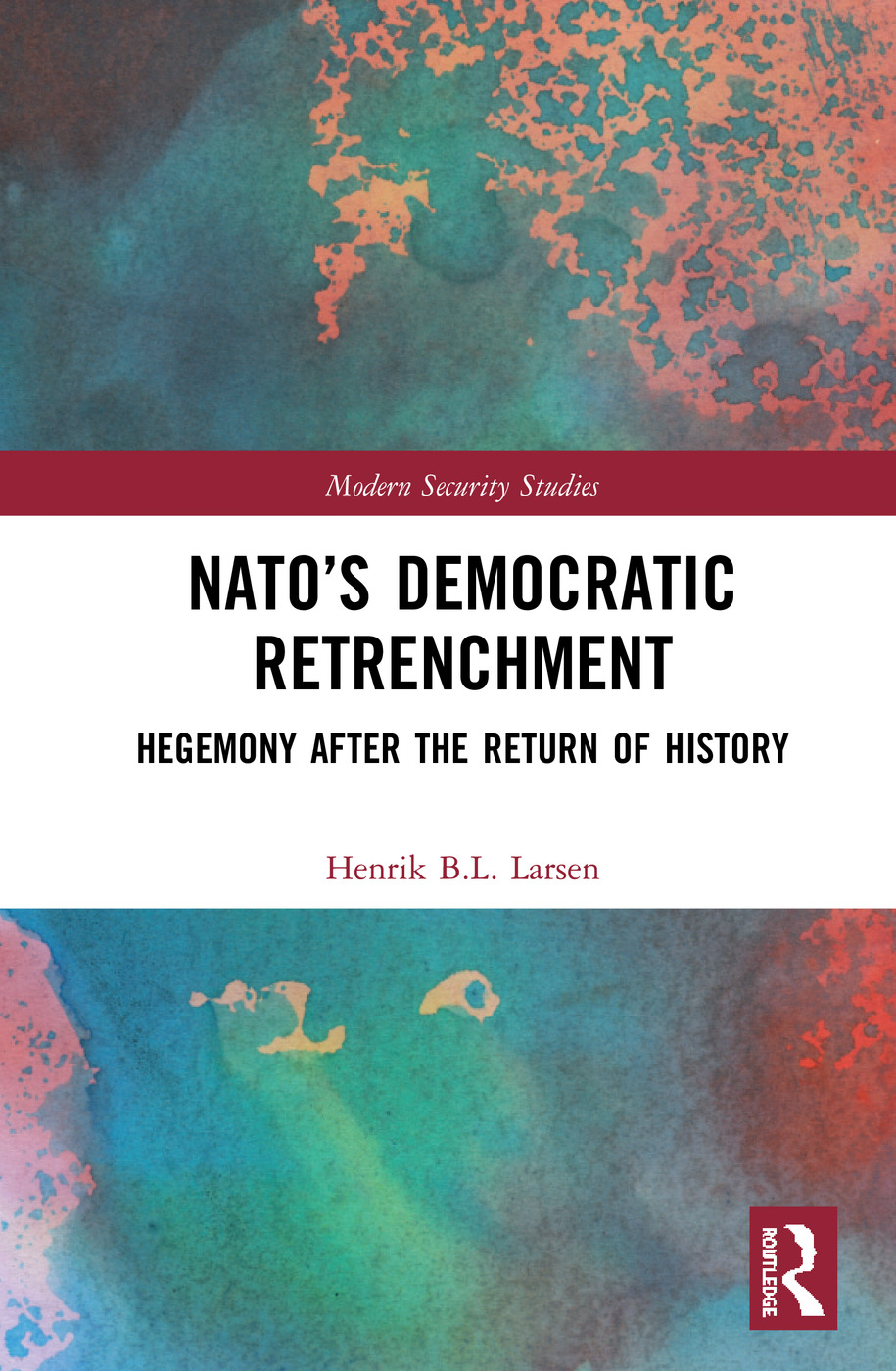 Hegemony After the Return of History, 1st Edition

Exploring NATO’s post-Cold War determination to support democracy abroad, this book addresses the alliance’s adaptation to the new illiberal backlashes in Eastern Europe, the Western Balkans and Afghanistan after the alleged ‘return of history’.

The book engages the question of what has driven NATO to pursue democratisation in face of the significant region-specific challenges and what can explain policy expansion or retrenchment over time. Explaining NATO’s adaptation from the perspective of power dynamics that push for international change and historical experience that informs grand strategy allows wider inferences not only about democratisation as a foreign policy strategy but also about the nature of the transatlantic alliance and its relations with a mostly illiberal environment. Larsen offers a theoretical conception of NATO as a patchwork of one hegemonic and several great power interests that converge or diverge in the formulation of common policy, as opposed to NATO as a community of universal values.

This volume will appeal to researchers of transatlantic relations, NATO’s functional and geographical expansion, hegemony and great power politics, democracy promotion, lessons of the past, (Neoclassical) Realism, alliance theory, and the crisis of the liberal world order.

"In NATO’s Democratic Retrenchment, Henrik Larsen skillfully weaves neo-classical realism and detailed historical analysis together to explain NATO’s evolution since the end of the Cold War. Although the U.S. desire to use democracy promotion as a tool of foreign policy was paramount, he also shows how past experiences, different strategic circumstances, and the vagaries of domestic politics shaped what key European actors wanted and how they responded. The result is a rich and illuminating account of where NATO has been and where it may be headed." - Stephen M. Walt, Belfer Professor of International Affairs, Harvard Kennedy School

"A brilliant achievement: theoretically rich, empirically arresting – written with intelligence, lucidity and a breath-taking width of knowledge. This is one of the few works on NATO that is a truly challenging read." - Christopher Coker, Professor of International Relations, London School of Economics.

"A brilliant theoretically and empirically informed work on NATO's advancement of democracy in Europe and beyond since the mid-2000s. Larsen has accomplished the rare feat of producing a work equally useful to policy practitioners and those in the academy. Realists and liberals alike will find compelling arguments about the substantive role the promotion of democratic values have and can still play in NATO's strategy." - Karl W. Eikenberry, Director of the U.S.-Asia Security Initiative at Stanford University, former U.S. Ambassador to Afghanistan and Deputy Chairman of the NATO Military Committee.

"A theoretically sophisticated and empirically rich account of NATO’s evolution since the Cold War’s end. Larsen offers a compelling argument as to why and how a collective defense organization added to its portfolio a prominent focus on promoting democracy. In so doing, he not only offers a fresh take on NATO’s past, present, and future, but also advances our understanding of how the interplay between power, domestic factors, and ideas shapes geopolitics." - Charles A. Kupchan, Professor of International Affairs, Georgetown University, and Senior Fellow, Council on Foreign Relations.

"Empirically impressive, theoretically noteworthy, and politically timely. This interesting and well-researched book engages in and stirs debate over what drives NATO strategy in an era of renewed great power politics, the current state of the alliance, and its potential future roles and trajectories in Europe and beyond." - Ulrich Krotz, Professor of International Relations and Director of the Europe in the World programme, European University Institute, Florence

"Henrik L. Larsen has provided a much needed study of the role of democracy support in the Eastern European shatter zone where the transatlantic and Eurasian security systems meet. In furthering ‘democratic realism’ and hegemony the book makes a valuable theoretical contribution. It is one of few truly enjoyable reads on the topic." - Asle Toje, Scholar and member of the Norwegian Nobel Committee.

Chapter 3. NATO Beside a Resurgent Russia

Chapter 4. The Shadows of Europe's Past

Chapter 6. NATO in a Patchwork of Nationalisms

Chapter 12. The Avenue of Democratic Realism

Chapter 13. NATO in an Illiberal World

Henrik Boesen Lindbo Larsen is a Senior Researcher at the Center for Security Studies at the Swiss Federal Institute of Technology (ETH Zürich). He served as a Political Adviser with the EU Delegation to Ukraine and before that with the EU Advisory Mission Ukraine. He was previously a Research Fellow with the Belfer Center at Harvard University’s Kennedy School and an EASI-Hurford Fellow with the Carnegie Endowment for International Peace. He completed his PhD jointly between the Danish Institute for International Studies (DIIS) and the University of Southern Denmark and was Visiting Researcher at Stanford University’s Center on Democracy, Development and the Rule of Law.

This series fills a known gap in modern security studies literature by pursuing a curated, forward-looking editorial approach on looming and evergreen security challenges.  Short and long form works will be considered with an eye towards developing content that is widely suitable for instruction and research alike.  Works adhere around the series’ four main categories: Controversies, Cases, Trends and Primers.  We invite proposals that pay particular attention to controversies in international security, notably those that have resulted in newly exposed and poorly defined risks to non-state legitimacy, international or state capacities to act, and shifts in global governance.  Case studies should examine recent historical events and security-related actions that have altered present day understanding or political calculations.  Trends will need to detail future yet tangible concerns in a 5-10 year timeframe.  Authors are also invited to submit proposals to our primers category for short form works on key topics that are referenced and taught throughout security studies.