Nanobiotechnology
Human Health and the Environment

Nanobiotechnology: Human Health and the Environment

This book combines the contributions from the experts of material science, molecular biology, toxicology bio-organic and bio-inorganic chemistry, toxicologists and environmental and food technology etc. to fathom the full scope of current and future of developments in the area of Nanobiotechnology.

This book can also be used as text book for graduate students as an essential reference material, and as an reading material for general readers having a curiosity in Nanobiotechnology.

. 2. Nanotheranostics: Implication of Nanotechnology in Simultaneous Diagnosis and Therapy. 3. Nanodevices for early diagnosis of cardiovascular disease: Advances, Challenges and Way ahead. 4. Emerging trends in nanotechnology for diagnosis and therapy of lung cancer. 5. Surface Modification of Nanomaterials for Biomedical Applications: Strategies and Recent Advances. 6. Nanoparticle contrast agents for medical imaging. 7 - Recapitulating tumor ECM: Design criteria for developing 3D tumor models. 8. Understanding the interaction of nanomaterials with living systems: Tissue engineering. 9. Nanoparticles and the Aquatic Environment: Application, Impact and Fate. 10. Iron nanoparticles for contaminated site remediation and environmental preservation. 11. Solubility of nanoparticles and its relevance in nanotoxicity studies. 12. Nanotechnology in functional foods and their packaging. 13. Use of nanotechnology as an antimicrobial tool in the food sector. 14. Interface considerations in the modelling of hierarchical biological structures.

Professor Alok Dhawan is currently Director, CSIR-Indian Institute of Toxicology Research, Lucknow. He also served as Founding Director, Institute of Life Sciences, and Dean, Planning and Development, Ahmedabad University, Gujarat. Before joining as Director, CSIR-IITR, he also worked on different scientific positions, like – Scientist, C, Senior Principal Scientist, Principal Scientist, etc. He obtained his Ph.D. Degree in Biochemistry from University of Lucknow, India in 1991. He has been awarded D.Sc. Degree (Honorary) from University of Bradford, U.K., 2017. He was a Visiting Scholar, Michigan State University, USA; BOYSCAST Fellow, University of Surrey, Wales & Bradford, UK. Professor Dhawan started the area of nanomaterial toxicology in India and published a guidance document on the safe use of nanomaterials. His group elucidated the mechanism of toxicity of metal oxide nanoparticles in human and bacterial cells. His work has been widely cited. He set up a state-of-the-art nanomaterial toxicology facility at CSIR-IITR as well as at the Institute of Life Sciences.

Professor Dhawan has won several honors and awards including the INSA Young Scientist Medal in 1994, CSIR Young Scientist Award in 1999, the Shakuntala Amir Chand Prize of ICMR in 2002 and the Vigyan Ratna by the Council of Science and Technology, UP in 2011. His work in the area of nanomaterial toxicology has won him international accolades as well and he was awarded two Indo-UK projects under the prestigious UK-IERI programme. He was also awarded two European Union Projects under the FP7 and New INDIGO programmes.

He has over 125 publications to his credit in peer reviewed international journals, 18 reviews/book chapters, four patents, two copyrights and has edited two books. He is the Editor-In-Chief, Journal Translational Toxicology published by American Scientific Publishers, USA and serves as the Member, Editorial Board of Mutagenesis, Nanotoxicology, Mutation Research Reviews, and other journals of repute.

Dr Shanker’s research contributions range from genetically engineered bacteria for bioremediation and molecular probes for pathogen detection to alternate models in toxicity assessment of chemicals and engineered nanomaterials. He has successfully steered over 34 national and international research projects including Indo-US program: Common Agenda for Environment, Indo-Swiss Program in Biotechnology, Indo-German, EU FP7, EU New Indigo & Inno Indigo program and Unilever. He has mentored 11 PhD students and has more than 85 publications and 20 reviews/book chapters to his credit in aforesaid areas.

His work on ‘pathogen detection and water quality’ received recognition in form of ‘Vigyan Ratna’, conferred by the Government of Uttar Pradesh, India. He was awarded the Visiting Research Fellowship of Society for General Microbiology, UK to work at the Anaerobic Microbiology Laboratory, Queen Mary College, University of London. He has served as Visiting Scientist and Visiting Professor at the University of Washington, Seattle, USA; Pasteur Institute & CEA, France; and Pohang University of Science & Technology, Republic of Korea.

is presently working as Assistant Professor in the Division of Biological and Life Sciences, School Arts and Sciences, Ahmedabad University, Gujarat, India. He obtained his Master’s degree in Applied Microbiology from Vellore Institute of Technology, Vellore in 2008 and worked at CSIR-Indian Institute of Toxicology Research, Lucknow for his Doctorate degree in Biotechnology.

Dr Kumar’s research group works majorly in the area of nanomedicines for cancer and arthritis, nano based drug and gene delivery, DNA biochip for the detection of pathogens, nanoemulsions for food application, environmental nanotechnology, nanotoxicology and genetic toxicology. Dr Kumar established several new methods for nanomaterial safety assessment in India. He developed a novel method for the detection of uptake of nanoparticles in live bacteria for several generations. His work was focused in deciphering the mechanism of metal oxide nanoparticles induced genotoxicity and apoptosis in the prokaryotic, eukaryotic as well as in in vivo model. In the area of environmental biology, he was involved in understanding fate, impact and biomagnification of nanomaterials in aquatic ecosystem using the paramecium, daphnia and zebra fish as a model organism. The work conducted by him is in the frontiers of nanomaterial safety area worldwide. His studies shall have far reaching applications in predicting the adverse health effects of nanoparticles and safe use of nanomaterials to protect human and environmental health.

He has published more than 40 research papers and 12 book chapters in internationally reputed peer reviewed journals. He has received several national and international awards including the "INSA Medal for Young Scientist 2014", NASI-Young Scientist Platinum Jubilee Award (2015) in the area of Health Sciences for his scientific contributions.

Dr Singh's research area includes the synthesis of catalytic nanomaterials exhibiting biological enzyme-like properties (Nanozymes), which are exploited for the development of biosensors and detection of cancer cells. His research group works to develop novel nanoprobes for imaging of cancerous cells using chemiluminescence, absorbance and photoluminescence approaches that would yield improved diagnoses and greater information about the underlying pathophysiology of human diseases. He also works to develop nanoliposomes encapsulating multiple pharmacological agents for targeted damage to cancer cells.

Dr Singh has authored more than 50 papers in international journals and 4 book chapters published in the field of nanoscience and nanotechnology. He is serving as an Associate Editor for the journal "3Biotech", published by Springer; Editorial Board Member of "American Journal of Nanoscience and Nanotechnology", and "International Journal of Medical Sciences". Dr Singh also serves as consulting editor for "Research and Reports in Transdermal Drug Delivery" published by Dove Press. 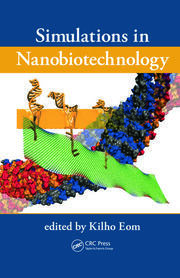 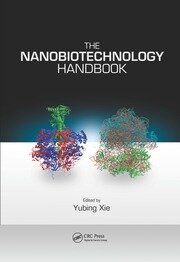