Nanomaterials: Science and Applications reports up-to-the-minute research on nanoparticles for drug delivery and applications in nanomedicine, nanoelectronics, and microelectromechanical systems (MEMS) for biosensors; melanin as a nano-based future material; nanostructured materials for solar cell applications; the world of quantum dots illustrated by CdSe; and gas transport and transport-based applications of electrospun nanofibers. The research is primarily undertaken within Australia and gives an excellent overview of topics in advanced nanomaterials and structures and their applications.

The reader also gets a tutorial introduction to the computer software used to generate 3D illustrations that are used throughout the book. The first authors are early-career researchers from the Australian Nanotechnology Network.

Deborah Kane holds a personal chair in physics at Macquarie University, Sydney, Australia. Her current research interests are in nonlinear laser science, complexity, micro-optics, and nanophotonics in nature. She has also worked in atomic physics, laser spectroscopy, lasers, and laser processing, including art and cultural heritage conservation. She has more than 130 refereed publications.

is an associate professor in the School of Physics at the University of New South Wales, Sydney, Australia. His main research interests are in nanoelectronics and nanoscale semiconductor devices. He has over 100 refereed publications from research on various topics, including electronic properties of quantum devices and semiconductor nanowires, ion-implanted conductive plastics, and the fractal analysis of abstract art.

is a senior lecturer in the Department of Linguistics and convener of postgraduate programs in applied linguistics at Macquarie University. Originally a medical graduate from the University of Sydney, he went on to complete a PhD in communication sciences and disorders. His interdisciplinary background has given him a longstanding interest in scientific writing, and he has published research in a number of areas, including aphasia and bilingualism, medical communication, and second-language acquisition.

"This book reports up-to-the-minute research on several topics dealing with advanced nanostructures designed for specific applications, such as nanoparticles for drug delivery, nanomedecine, and nanoelectronics; micro-electromechnical systems for biosensors; and nanomaterials for low-cost and efficient dye-sensitized solar-cell applications. Several of my students and colleagues who have read the book (or at least parts of it) have found it pleasurable and valuable. It is a great addition to the large collection of textbook literature on the subject." 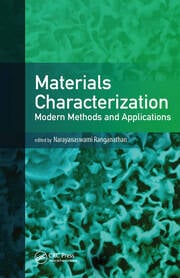 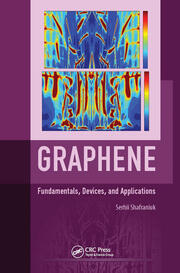 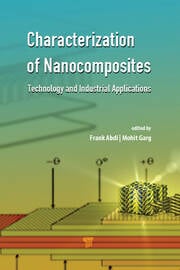