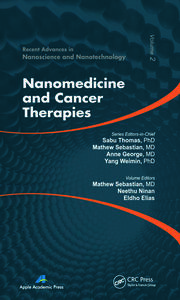 This book presents a wealth of information and research about the most potent cancer healing therapies, focusing particularly how nanomedicine, holistic medicine, and other cancer therapies play important roles in treating cancer. Nanotechnology has the power to radically change the way cancer is diagnosed, imaged, and treated. The holistic approach to cancer involves noninvasive procedures focused upon restoring the health of human energy fields.

Dr. Mathew Sebastian has a degree in surgery (1976) with specialization in Ayurveda. He holds several diplomas in acupuncture, neural therapy (pain therapy), manual therapy and vascular diseases. He was a missionary doctor in Mugana Hospital, Bukoba in Tansania, Africa (1976- 1978) and underwent surgical training in different hospitals in Austria, Germany, and India for more than 10 years and has several diplomas. Since 2000 he is the doctor in charge of the Ayurveda and Vein Clinic in Klagenfurt, Austria. At present he is a Consultant Surgeon Privatclinic Maria Hilf, Klagenfurt. He is a member of the scientific advisory committee of the European Academy for Ayurveda, Birstein, Germany, and TAM advisory committee (Traditional Asian Medicine, Sector Ayurveda) of the Austrian Ministry for Health Vienna. He conducted an International Ayurveda Congress in Klagenfurt, Austria, in 2010. He has several publications to his name.

Neethu Ninan is doing joint doctoral research in nanomedicine and tissue engineering at both the University of South Brittany (Lorient, France) and the Centre for Nanoscience and Nanotechnology at Mahatma Gandhi University, Kottayam, Kerala, India. She received her Masters of engineering in nanomedical science from Amrita Centre for Nanoscience, Kochi, India. She has participated in several national and international conferences and was awarded a Department of Science and Technology Fellowship from the government of India.

Eldho Elias is doing doctoral research in polymer nanocomposites at the School of Chemical Science at Mahatma Gandhi University, Kottayam, Kerala, India. He received his Masters of Engineering in polymer technology from Cochin University of Science and technology. He has participated in several national and international conferences.

“This book offers an overview of the latest trends in cancer therapy stemming from nonconventional approaches. The book covers research targets at various hierarchical levels of the disease progression, from the molecular level up the psychological implications. The richness of the information and the extent of the topics are the strengths of this book, which offers the informed reader a synthesis of nonconventional approaches in cancer treatment and new technological advances for cancer research. In this framework, the current volume should be considered a work-in-progress, useful to stimulate innovative interdisciplinary research pathways.”
--Gabriele Ferrini, PhD, Interdisciplinary Laboratories for Advanced Materials (i-LAMP), Dipartimento di Matematica e Fisica, Universita Cattolica del Sacro Cuore, Brescia, Italy 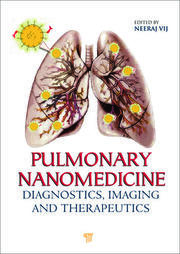 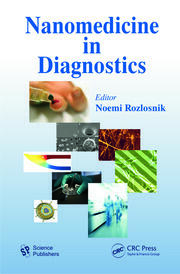 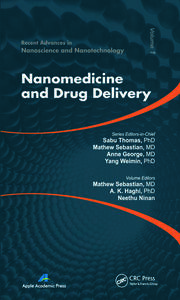