Nano-technological tools – including nanoparticles, nanocapsules, nanotubes and nanomolecules – offer sustainable options to modernise agriculture systems. Written by nanotechnology experts, this book outlines how nano-formulations can improve yield without reliance on chemecial pesticides and reduce nutrient losses in fertilization. It reveals how nanotools are used for rapid disease diagnostics, in treating plant diseases and enhancing the capacity for plants to absorb nutrients.

This book appeals to professionals working in the agriculture and food industry, as well as agricultural scientists and researchers in nanotechnology and agronomy.

1. Emerging Role of Fungus Mediated Synthesis of Nanoparticles in Agriculture

3. Nano-Biotechnological Products and Their Beneficial Linkages Towards Sustainable Wheat Production

4. Role of Nano-Biotechnology in Agriculture and Allied Sciences

5. Phytochemicals and Microbial Metabolites as Capping Agents in Nanoparticle Formulation and Its Implications in Agriculture

6. Potential of Agro-Products in Green Synthesis of Nano- Metallo-Pharmaceuticals

7. Myconanoparticles Synthesis and Their Applications in The Agriculture Sector

9. Sophorolipid: A New Path Towards Greener Substitute in Nanotechnology

10. Nanoformulations in Soil Health and Agriculture

15. Current Trends in Nanotechnological Approaches for Treatment of Plant Diseases

Prof. M. A. Mallick is a Professor of Botany and Dean, Faculty of Science at Vinoba

Bhave University, Hazaribag. He has had a first class academic career. He was a UGC

teaching fellow in the Department of Botany, University of Delhi, during 1986–1990

and was awarded a Ph.D. degree in 1991. He was a UGC visiting associate at Bhabha

1996. He has 37+ years of teaching and research experience to his credit. Dr Mallick

is the man behind the establishment of the Undergraduate Biotechnology department

at St. Columba’s College, Hazaribag, the backward region of erstwhile Bihar and

now Jharkhand State of India in 1994–95. He was also founder, course coordinator,

and presently director of the Post Graduate Department of Biotechnology, VBU. He

2015–2017. Dr Mallick is a lifetime member of several academic societies and

attended several seminars and conferences in India and abroad. He has authored one

international book and two laboratory manuals in biotechnology and has published

scholars and is currently guiding seven students to a Ph.D. degree in Biotechnology/

Botany. His current research interest lies in nanobiotechnology, and he has published

papers in this field in scientific reports and nanomedicine.

Manoj Kumar Solanki (Ph.D.) is currently working as a scientist in the Institute

of Biology, Biotechnology and Environment Protection of the Faculty of Natural

for Academic exchange program. He obtained his Master’s degree in Microbiology

from Barkatullah University in 2006 and a Ph.D. degree in Microbiology from Rani

Durgawati University, India, in 2013. He has awarded a visiting scientist fellowship

from the Guangxi Academy of Agriculture Sciences, China, in 2013–2015, and

Fellowship from the Indian Council of Agriculture Research (ICAR), India. He also

Semi-Arid Tropics (ICRISAT), India, in a Department of Biotechnology funded

project. He has been engaged in various research activities on plants–microbes interaction,

by plant growth-promoting microbes, and soil microbial community analysis by

modern biotechnological tools. He has vast experience in several plant diseases like

great interest in agriculturally important microorganisms (such as bacteria, actinomycetes,

fungi, and yeast), especially in the utilization of microorganisms in soil and

Baby Kumari (Ph.D.) obtained her Master’s degree in Biotechnology from the

University of Rajasthan and a Ph.D. degree in Biotechnology from the Vinoba Bhave

University (2017), Jharkhand, in collaboration with the Bhabha Atomic Research

Centre, Mumbai, India. She has worked at the Bhabha Atomic Research Centre,

Biotechnology Division. She also worked there in the Radiation and Health division.

13 years). She worked in the Department of Biotechnology, St Columbas College,

2010, as a research scientist, Modi Institute of Management and Technology, Kota,

section. She has been engaged in various research activities on plant–microbes interaction,

many research papers in journals of international repute. Dr Kumari has a great

Suresh Kumar Verma (Ph.D.) is a research scientist in the group of Prof. M. Suar in

the KIIT School of Biotechnology, KIIT University. He has served as a postdoctoral

researcher in environmental nanotoxicology at the Department of Environmental

Medicine, Karolinska Institutet, Stockholm, Sweden. He has been part of the South

Asian Hub project as a research scientist. Currently, he is about to join Uppsala

in top reputed environmental journals like Science of the Total Environment,

Scientific Reports, Nanomedicine, Chemosphere, and many others. He is also associated

with many journals as a reviewer and editor. 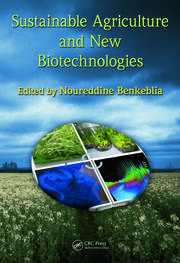 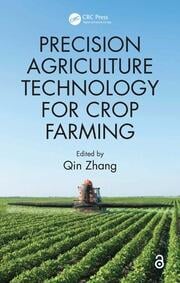 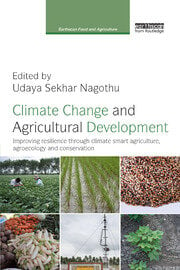