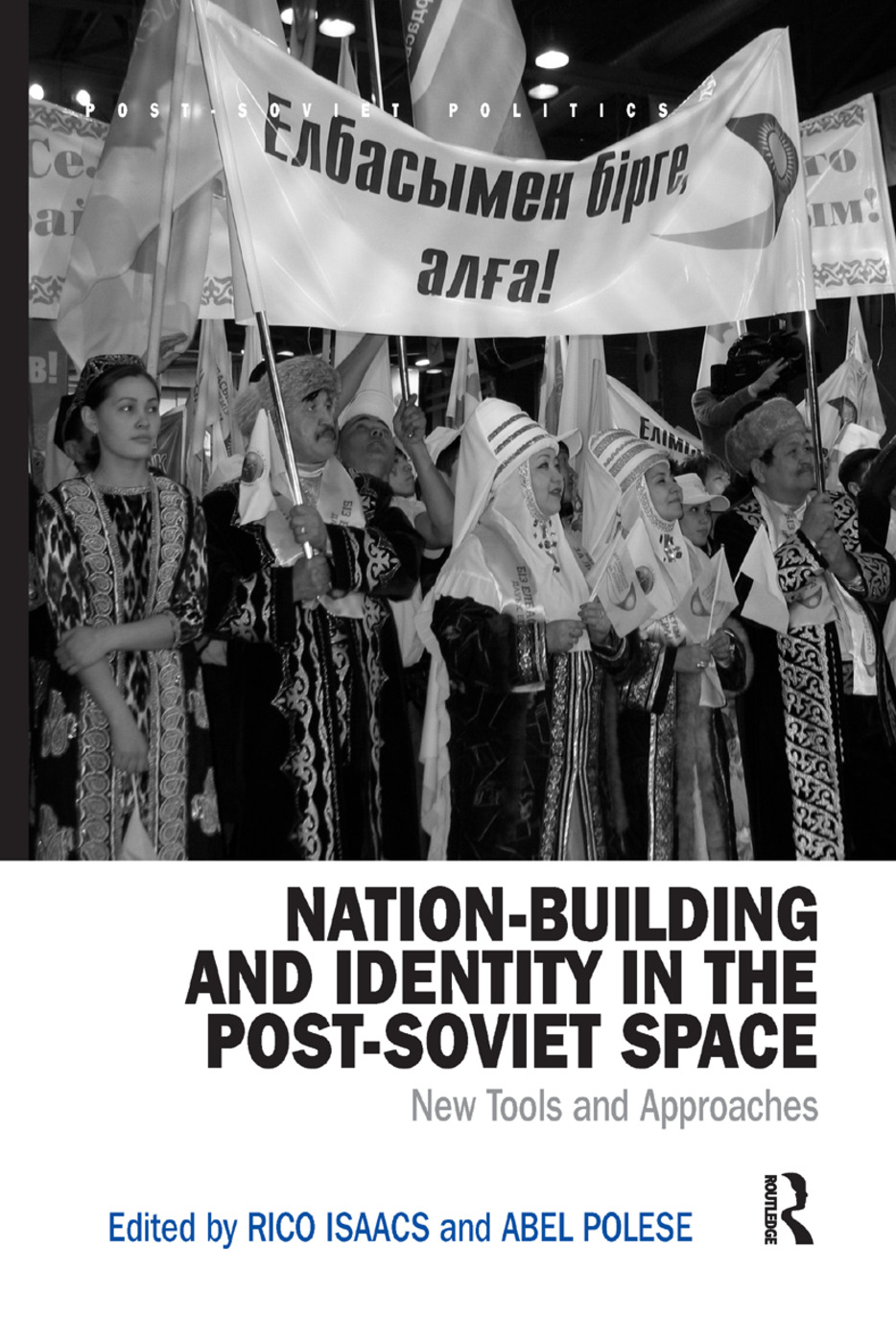 Nation-Building and Identity in the Post-Soviet Space

Nation-building as a process is never complete and issues related to identity, nation, state and regime-building are recurrent in the post-Soviet region. This comparative, inter-disciplinary volume explores how nation-building tools emerged and evolved over the last twenty years. Featuring in-depth case studies from countries throughout the post-Soviet space it compares various aspects of nation-building and identity formation projects. Approaching the issue from a variety of disciplines, and geographical areas, contributors illustrate chapter by chapter how different state and non-state actors utilise traditional instruments of nation-construction in new ways while also developing non-traditional tools and strategies to provide a contemporary account of how nation-formation efforts evolve and diverge.

’With polished cogency, this publication shows that theoretical debates concerning globalization, transnationalism and radical religious movements have not been able to shelve the significance of nationalism and identity politics. Though the volume could seem a déjÃ  vu, its analyses based on new empirical research on nation and identity in the everyday life of peripheral European and Asian regions of former USSR are groundbreaking, stimulating for social sciences and highly topical in terms of politics.’ Christian Giordano, University of Fribourg, Switzerland ’Provides us with an impressive set of case studies of nation building projects by emerging and established scholars. These are assembled into a holistic overview of currents in Eurasia that offers refreshingly incisive theoretical insights and striking geographical breadth.’ Jeremy Morris, University of Birmingham, UK

2. Minority Assimilation and Nation-Building in Kazakhstan

3. Religion and Nation-Building in Crimea

4. Language, Schools and Nation-Building in Tatarstan

5. Language, Economy and Nation-Building in the Republic of Sakha

6. Language, Law and Nation-Building in Georgia

7. Cinema and Nation-Building in Kazakhstan

8. Personality Cults and Nation-Building in Turkmenistan

9. Media Events and Nation-Building in Azerbaijan

10. Public Construction and Nation-Building in Tajikistan

11. Elections and Nation-Building in Abkhazia

12. Health and Nation-Building in Russia

Rico Isaacs is a Reader in Politics at Oxford Brookes University. His research focuses on the comparative political sociology of authoritarianism, regime-building and nation-building in Central Asia. Abel Polese is a research fellow at the Institute for International Conflict Resolution and Reconstruction at Dublin City University and the Institute of Governance of Tallinn University. His main interest is the gap between theory and practices of governance which he explores both theoretically and in practice through a series of social innovation projects in Europe, the former USSR and South East Asia. He is a fellow of the Global Young Academy, gathering academics from all around the world to propose new directions in research policies, and his project Sustainable Development in Cultural Diversity� was awarded the Global Education Award by the Council of Europe in 2011.