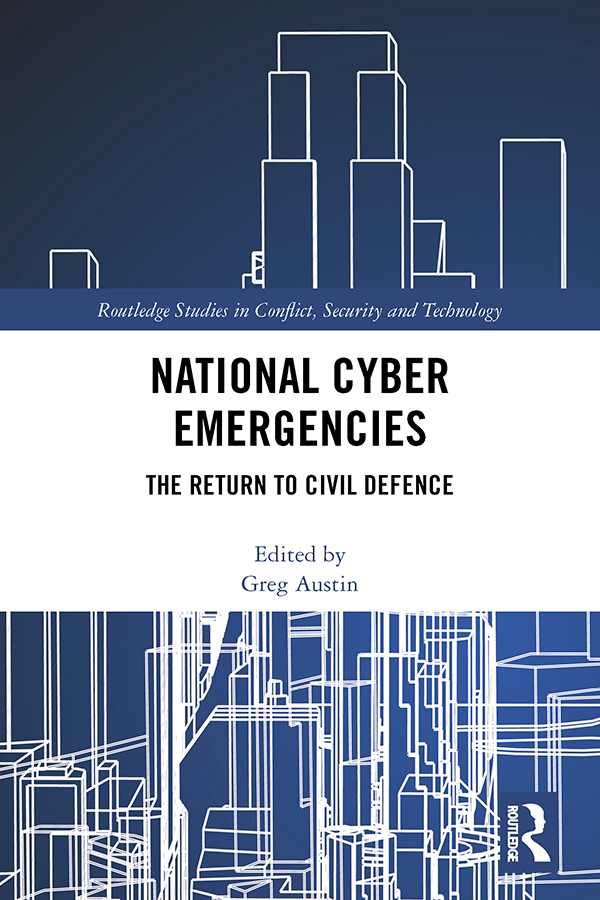 This book documents and explains civil defence preparations for national cyber emergencies in conditions of both peace and war.

The volume analyses the escalating sense of crisis around state-sponsored cyber attacks that has emerged since 2015, when the United States first declared a national emergency in cyberspace. It documents a shift in thinking in the USA, from cooperative resilience-oriented approaches at national level to more highly regulated, state-led civil defence initiatives. Although the American response has been mirrored in other countries, the shift is far from universal. Civil defence strategies have come into play but the global experience of that has not been consistent or even that successful. Containing contributions from well-placed scholars and practitioners, this volume reviews a selection of national experiences (from the USA, Australia, India, China, Estonia, and Finland) and a number of key thematic issues (information weapons, alliance coordination, and attack simulations). These demonstrate a disconnect between the deepening sense of vulnerability and the availability of viable solutions at the national level. Awareness of this gap may ultimately lead to more internationally oriented cooperation, but the trend for now appears to be more conflictual and rooted in a growing sense of insecurity.

This book will be of much interest to students of cyber security, homeland security, disaster management, and international relations, as well as practitioners and policy-makers.

10. Preparing for the Cyber Storm: A Survey of Simulation Sylvain Leblanc and Taylor Perkins

Greg Austin is the Senior Fellow for Cyber, Space and Future Conflict at the International Institute for Strategic Studies and a Professor of Cyber Security, Strategy and Diplomacy at UNSW Canberra, Australia.

The Studies in Conflict, Technology and Security series aims to publish challenging studies that map the terrain of technology and security from a range of disciplinary perspectives, offering critical perspectives on the issues that concern publics, business and policymakers in a time of rapid and disruptive technological change.