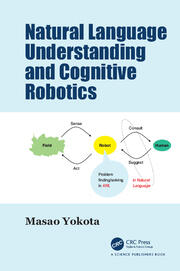 In the not so distant future, we can expect a world where humans and robots coexist and interact with each other. For this to occur, we need to understand human traits, such as seeing, hearing, thinking, speaking, etc., and institute these traits in robots. The most essential feature necessary for robots to achieve is that of integrative multimedia understanding (IMU) which occurs naturally in humans. It allows us to assimilate pieces of information expressed through different modes such as speech, pictures, gestures, etc.

The book describes how robots acquire traits like natural language understanding (NLU) as the central part of IMU. Mental image directed semantic theory (MIDST) is its core, and is based on the hypothesis that NLU is essentially the processing of mental image associated with natural language expressions, namely, mental-image based understanding (MBU). MIDST is intended to model omnisensory mental image in human and to afford a knowledge representation system in order for integrative management of knowledge subjective to cognitive mechanisms of intelligent entities such as humans and robots based on a mental image model visualized as ‘Loci in Attribute Spaces’ and its description language Lmd (mental image description language) to be employed for predicate logic with a systematic scheme for symbol-grounding. This language works as an interlingua among various kinds of information media, and has been applied to several versions of the intelligent system interlingual understanding model aiming at general system (IMAGES). Its latest version, i.e. conversation management system (CMS) simulates MBU and comprehends the user’s intention through dialogue to find and solve problems, and finally, provides a response in text or animation.

The book is aimed at researchers and students interested in artificial intelligence, robotics, and cognitive science. Based on philosophical considerations, the methodology will also have an appeal in linguistics, psychology, ontology, geography, and cartography.

Case study of current MT systems (as of October, 2018)

NLU in accordance with semiotics

Syntax and semantics of discourse

Formulation of laws of the world

Formulation of concepts of spatial prepositions

Definition of problem and task

Translation between NL and Lmd

Computational Model of Japanese for NLU

Sentence and discourse of Japanese

Sentence types of Japanese and phrasing

Implementation of Mental-Image Based Understanding

Mental image based understanding by CMS

Problem finding and solving in CMS

Masao Yokota received a Bachelor degree from Kyushu Institute of Technology, and Master and Doctor degrees from Kyushu University. He is now a professor of informatics at Fukuoka Institute of Technology. His research focus is on AI, especially in integrative multimedia understanding by robots in being as 'natural' as humans where natural language understanding (NLU) plays the central role. He has proposed 'Mental Image Directed Semantic Theory (MIDST)' based on a hypothesis that NLU in humans is mental image processing. MIDST provides an omnisensory mental image model and a formal language called 'Lmd (Language for Mental Image Description)'. This formal language has been already implemented on several versions of the intelligent system IMAGES including integrative multimedia understanding system IMAGES-M and conversation management system CMS. Dr. Yokota has authored numerous articles on AI and was the leader of many projects funded by Ministry of Education, Culture, Sports, Science and Technology, Japan (MEXT), and Fukuoka Institute of Technology (FIT). 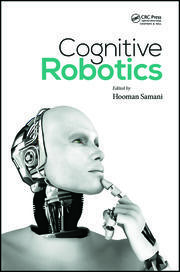 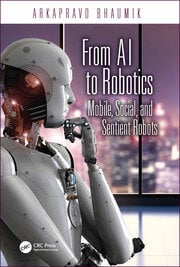 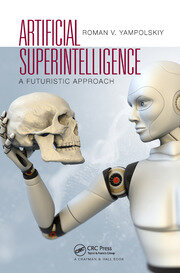